Earlier this year I went to see Rough Night, a movie that claimed it was “funnier than Bridesmaids” about four friends getting together for a bachelorette weekend.  That movie was a misfire, mainly because it couldn’t decide what tone it wanted to stick with, and the strong improvisers in the cast felt reigned in. 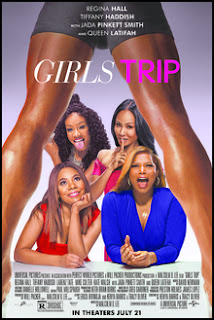 In this case, we have a movie about four friends getting together for a mini-reunion weekend at Essence Fest in New Orleans, and while it may not be “funnier than Bridesmaids”, it is absolutely hilarious and incredibly raunchy from start to finish. 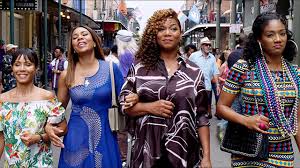 Girls Trip follows the story of four friends who called themselves the ‘Flossy Posse” in college in the nineties, and had maintained a close friendship meeting up for various events and weekends since.  Over the most recent five years or so, the girls haven’t gotten together as much as Ryan is on her way to become the next big media mogul – similar to Oprah.  She and her husband, Stewart, a former football player, are building an empire from her book “You Can Have It All”, and their presentation of a strong couple.

Meanwhile, Sasha started in college with a strong journalism desire, however, she has lately fallen into running her own tabloid-style website, profiting off celebrity indiscretions and misfortunes. She’s not thrilled with her current career path, and is struggling to make ends meet.
Lisa is coming off a very difficult divorce, and becoming very tightly wound worrying constantly about her kids and completely sacrificing her own sense of fun for her family.
Dina, the group’s wild friend, has just lost her job due to getting into a fight with a co-worker, even though it seems she doesn’t quite understand that she is fired. 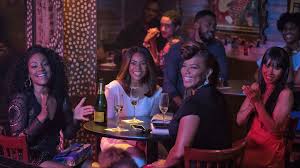 Once Ryan’s agent confirms that Ryan has been offered the keynote address at this year’s Essence Fest in New Orleans, Ryan sends word to the Flossy Posse, and the girls decide to reunite in New Orleans for a weekend of fun.  The hijinks begin as soon as they arrive, from partying on Bourbon Street to drinking in various locations. Shortly after the weekend begins, Sasha’s website gets word that Stewart has been cheating on Ryan with an ‘instagram model’.  The girls debate whether to tell Ryan, but before they can agree, Dina tells her – Ryan lets them know she has known for a while, but she and Stewart are in counseling, because their brand is too important to let go over his infidelity.  Once Dina sees Stewart in the hotel, she goes after him with a broken bottle, causing the girls to get kicked out of their hotel, and take a room in a one-star hotel, leading to a hilarious encounter.

They continue to try to have a good time, going to various concerts and parties.  They encounter a friend from college, Julian, who is now a musician playing with NeYo – he gives them his hotel suite, since he won’t let them stay in the horrible place they had ended up.  Over the course of the weekend, they also encounter the ‘instagram model’, continue to deal with Stewart, hook Lisa up with a college boy, go from party to party, accidentally get loopy on absinthe, and get some resolution between Sasha and Ryan from the fallout they had years ago. 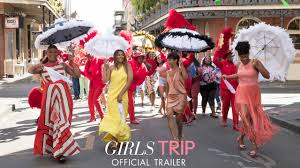 The story is simple - really the movie is just about four friends having fun - but it is brilliantly directed by Malcolm D. Lee (Undercover Brother, The Best Man and Best Man Holiday, Roll Bounce, Welcome Home Roscoe Jenkins, and Soul Men), who excels at telling stories of friends in a realistic and hilarious way.  Shooting in and around Essence Fest allows for some really great moments that feel real, because they are at real parties and concerts.  The raunchiness and hilarious tone is maintained all the way through the movie, and even when the drama comes up between the friends – it feels real, and not forced, and is solved as quickly and genuinely as true friends are able to solve their differences.  Lee also really lets the actors shine in the moments they have. 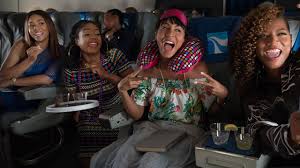 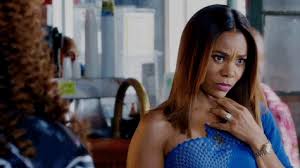 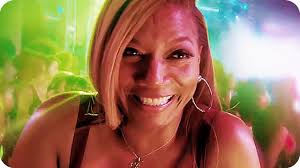 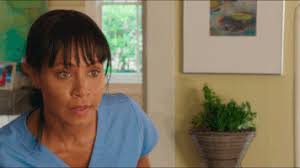 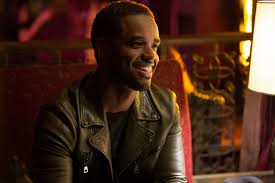 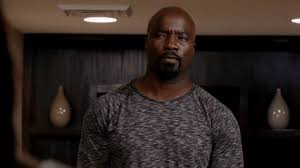 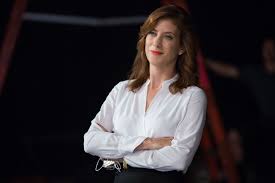 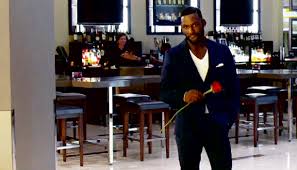 The movie is hilarious, easily one of the best comedies I have seen this year (the absinthe scene alone made me laugh so hard my face hurt) and yes, everyone should see it.  That means you too, older white lady who I heard say to her older white male companion, “I don’t know if I can see that Girls Trip movie, because it’s black.”  Look – that’s not a racist question, but it is a white privileged question, because only white people can go to the theater and assume that something might not be made for them if it has no white leads.  People of color don’t get that option, as 85% (that’s a really low estimate) of movies made do not have people of color in the lead roles.  So, let me clear this up (because it’s also something we’ll hear next February when Black Panther comes out), Girls Trip is a movie about friendship.  Do you have friends? Then you will relate.  Yes, some of the jokes are more easily relatable if you are a black female, but it is still an across-the-board hilarious movie that anyone can enjoy.  Go see it…although, it was really raunchy and that lady was really old, so maybe it’s too raunchy for her.  But then again, who am I to judge? Hey, maybe that wasn't even her husband she was with? Maybe that's her afternoon side-piece.  In that case, yes, freaky old lady - this is the movie for you!  Good luck eating grapefruits again after watching this. 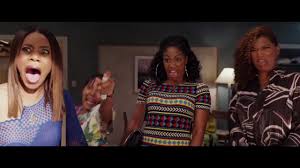 9 out of 10 – so funny, hilarious and genuine on multiple levels!


Bonus- Loved seeing Latifah and Jada together again on-screen after Set If Off almost 20 years ago!