I first learned of Dolemite when Rudy Ray Moore brought the character to a Big Daddy Kane song in 1990. I eventually saw the movie, but it has been years and I think I may need to give it a rewatch.  Rudy Ray Moore was an entertainer who created the character of Dolemite in his stand up routines and then rolled him into a few blaxploitation films in the 1970s.  The genre had already been established with Sweet Sweetback’s Baadassss Song by Melvin Van Peebles in 1971 and went on to includes Shaft, Super Fly, Hammer, Trouble Man, Cleopatra Jones, Coffy, Foxy Brown, and Black Belt Jones.
Eddie Murphy had met Rudy Ray Moore several times prior to his death in 2008 and had mentioned wanting to make a biopic about his life.  Here, Murphy has worked with writers Scott Alexander and Larry Karaszewski to bring a piece of Moore’s life to screen during the years he developed Dolemite and brought him to the screen. 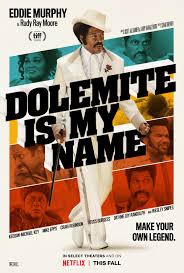 Rudy Ray Moore is working in a record store in Los Angeles in the early 1970s, trying to get the in-store radio station to play his songs while working as a stand-up comedian introducing bands in the evening.  Disappointed at his lack of progress, he develops the character Dolemite based on the rhymes of Rico, a bum who comes into the store one day. He spends time with Rico and his homeless friends, collecting their stories and jokes.  Moore gets a wig, an outfit, and a pimp cane to bring Dolemite to the stage as a rhyming over-the-top bragging pimp character.  Audiences love it, so Moore and his friends work together to release an album of his raunchy comedy.  And I mean raunchy.  It becomes a hit and he tours to support it.  To celebrate, they go to see a movie, but are befuddled by the ‘comedy’ the majority white audience is laughing at.  Moore decides its time to make a Dolemite movie to bring the character to the world.

After meeting with a studio head that has made other blaxploitation movies and being turned down, Moore accepts funding from a company that agrees to start him, but warns him he will be in debt for the rest of his life if he fails.  He and his friends convert an abandoned hotel in L.A. to a makeshift soundstage, get help from some film school students, and work to bring Dolemite to life.
Craig Brewer directed Hustle & Flow, Black Snake Moan, and multiple episodes of Empire. He is currently working on Coming 2 America and brings a lighthearted touch to this biopic.  It is fast-paced and hilarious while managing to have some truly touching moments as well.  The costumes and music are fantastic but the true genius of this movie is the cast. 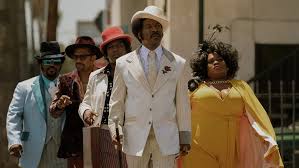 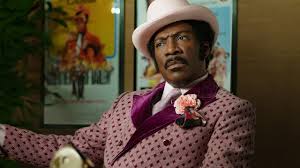 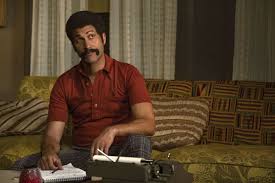 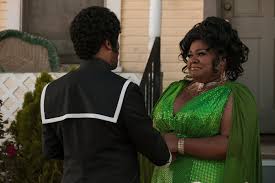 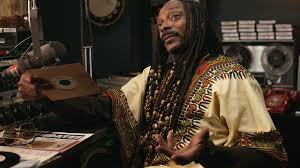 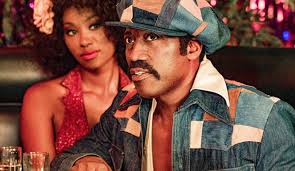 Overall, I loved it – watch this movie.  It’s currently playing on Netflix and because it debuted at the Toronto Film Festival, should be Oscar-eligible. I really hope that it gets some nominations, it’s beautifully done. 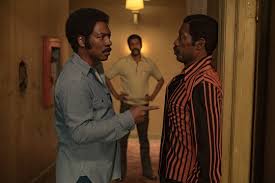 9 out of 10 – Side note, while the main theme is believing in yourself and working for your dreams, despite your naysayers – there is a side theme I was even more drawn to, perhaps due to the comments recently from certain directors that certain mainstream movies aren’t true cinema.  The part I loved most about Dolemite Is My Name is the idea of making a movie that people want to see - the core goal is entertaining the audience.  Moore literally runs down a list of things people love and wants them in the movie.  Once they finish the movie, the remind each other that they love it, and critics opinions don’t matter.   They make a movie for the joy of making movies, for an audience that loves movies. I love that message, and wholeheartedly support it.  Moore would have loved it.
"Was it as good as Shaft?"  Hell yes it was. 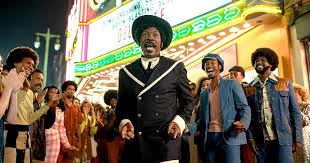 Original Trailer so you can see how accurate this version is!

Email ThisBlogThis!Share to TwitterShare to FacebookShare to Pinterest
Labels: Dolemite Is My Name: 9/10

The live-action reimagining of the Disney Sleeping Beauty story from Maleficent’s point of view was released in 2014.  It explained Maleficent as a fairy queen of the Moors who loved then battled with King Stefan of the local kingdom.  She cursed his daughter to prick her finger on a spinning wheel when she turned 16 after he had betrayed her and cut off her wings.  As Maleficient watched the child grow up, she grew to care for her as a daughter and after finally defeating her terrible father, named her Queen of the Moors and all the fairy-folk that lived there. 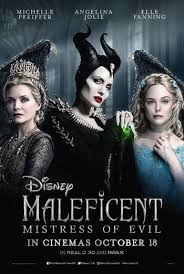 This sequel picks up five years after, Aurora is still Queen of the Moors and Maleficient their fairy protector.  Some poachers stealing fairy folk are killed in the Moors and Prince Phillip’s father and mother, the King and Queen of Ulstead name Maleficent a villain.  Despite that, Phillip proposes to Aurora, and The Queen tells him to invite Aurora and Maleficent to dinner.  That goes about as well as you would expect as the Queen reveals herself to be the villain in this version, constantly belittling Maleficent and her kind.  The King seems to want peace between the two kingdoms and knows that the wedding is the key.  After being verbal assaulted for most of the meal, Maleficent gets all angrily-glowy and the King mysteriously passes out.  The Queen accuses Maleficent and she leaves, demanding Aurora come with her.  Aurora, of course, decides to stay with her ‘new’ family.  As Maleficent flies away, she is shot with an iron weapon the Queen has been designing.  Fairies are basically allergic to iron.  She plunges into the river, but just before drowning, she is rescued.

Spoiler alert from here down, only because I didn’t see any of this bit in the trailers…

She’s rescued by another dark fairy, just like her with wings and horns, who takes her to a special cave where their people are living.  There’s a whole bunch of them who have been chased away from their lands by the encroachments of humans and the one who rescued her, Conall, wants her help brokering a peace.  Their second in command, Borra, is thinking it would be better to wipe out the humans.  Plots, battles, a wedding, and an attempted genocide ensue.

The movie is directed by Joachim Ronning and is absolutely stunning visually.  The world of the moors and the fairy life in them is just gorgeous and well worth a look in 3D.  The costumes are amazing, and the action sequences are pretty fantastic too.  The story is fine, but gets a little more complicated than necessary. There’s a lot of people with grudges that are huge and barely explained.  The cast is wonderful and seems to really enjoy playing in this world. 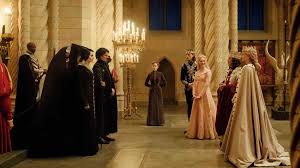 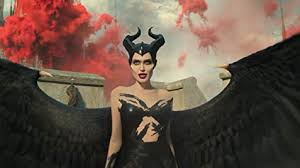 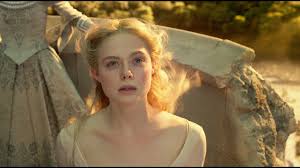 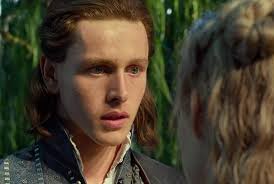 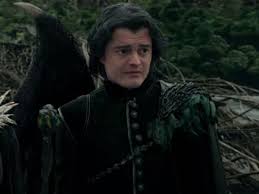 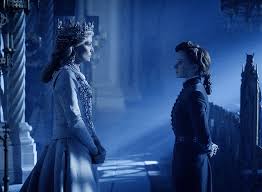 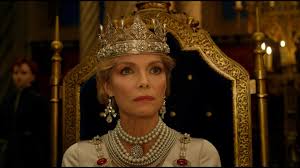 Overall, the movie is very enjoyable and lovely to look at.  I feel like inside it there is the possibility for an R-rated version where Maleficient discovers this hidden cave of other sexy fairies and ends up in a love triangle with Borra and Conell.  Or maybe that’s just what Ed Skrein was selling – I was buying it. As I mentioned, the story is a little weak.  It is too complicated in some places and also too simple in others, but the visuals really save the movie.  I will say that for something aimed at kids, the scene with all the fairy folk trapped in the church and slowly being killed with the red powder the Queen had created is a bit much. It is a little scary and more than a little disturbing, so be forewarned if you’re planning on taking little ones. Eventually they get rescued, but it took way too long.

6 out of 10 – would have been higher if it had been the movie Skrein seemed to think he was in. 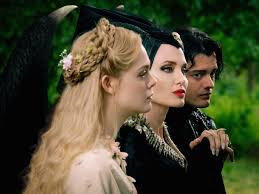 Posted by Jeanette Ward at 12:16 PM No comments: