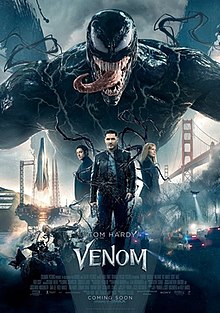 Venom first appeared in Marvel comics in 1984, but he became one of my favorite characters during his appearance on the 90s animated Spider-Man cartoon.

In that version, astronauts accidentally dug up a gooey life form. Hitching a ride back to earth, the life form gets attached to Peter Parker’s Spider-Man, literally. The alien symbiote gives Peter some added strength, making Spider-Man stronger, but also encouraging some of his darker urges. After almost throwing a bad-guy off a roof, Spider-Man realizes the suit is dangerous, and figuring out that sonic vibrations harm it – uses sound to remove it.  At the same time, Peter Parker was going through some issues with rival reporter Eddie Brock. Because Peter helped expose Brock as a fraud, Brock loses his job and career.  He ends up trailing Spider-Man, and happens to be in the right place at the right time to pick up the symbiote.  Instantly bonding over the shared hatred – Eddie hates Peter because of losing his job, and the symbiote hates Spider-Man for rejecting it, the two become Venom, bonded and an enemy of everyone’s favorite friendly neighborhood Spider-Man.  Eventually, Venom helps Spider-Man defeat Carnage and moves to San Francisco, becoming a bit of a dark, anti-hero type protector of the city.

This movie encountered some fan criticism early by stating there would be no Spider-Man. It’s really difficult to have a character like Venom who exists because of Spider-Man in a movie that has no Spider-Man.  Once you get past that issue (it’s a tough thing to get past for any fan), the movie is pretty entertaining!

This movie picks up with the genius billionaire Carlton Drake as he and his team watch their shuttle crash on its way back to earth with some “samples”.  One of the samples, which are symbiotes, gets loose and wanders around Malaysia for a bit, biting off eel heads. The others are collected by Drake’s Life Foundation.  Meanwhile, reporter Eddie Brock is enjoying doing his reporting TV show, or perhaps web-series? It’s not really clear. He’s living with his finance Ann Weying, a lawyer who is working with the Life Foundation to defend against some wrongful death suits. Eddie gets an assignment to go interview Drake and mentions the wrongful death suit that he found out about by breaking into Anne’s email, and promptly gets kicked out, and then fired, and then dumped, as Ann also lost her job.

Six months later, Drake has secretly started to try to bond symbiotes with homeless human ‘volunteers’, which is not going well.  Eddie has nothing going for him, but Ann has moved on with generically handsome doctor Dan.  One of Drake’s associates, Dr. Skirth, reaches out to Eddie for assistance when the ‘volunteers’ start dying.  When Eddie joins her on a midnight trip to the lab, he breaks out one of the ‘volunteers’ and promptly gets symbiote-d. 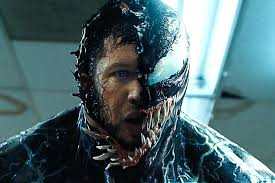 Drake sends all sorts of disposable henchmen after Eddie to get back his symbiote, but Eddie starts talking with the symbiote, which introduces itself as Venom. They begin to bond to become a pretty good fighter. While Venom is bouncing around San Francisco eating heads and driving Eddie nuts, the wandering symbiote, Riot, arrives and bonds with Drake in an effort to finalize their mission of getting back on the rocket/shuttle, going to collect more of them, and coming back to invade earth.  After some initial difficulties, Eddie and Venom work together to stop Riot. 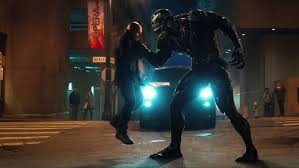 The movie is directed by Rueben Fleischer, who previously did Zombieland and Gangster Squad.  The movie is a little choppy, but honestly, I enjoyed it so much more than I was expecting.  Again, getting past the lack of Spider-Man is a huge hurdle, but once done, the back and forth between Eddie and the symbiote is really what sucked me in. It’s much funnier than I was expecting, and I think the choice to go PG13 instead of R was actually a good move. They also reworked scenes so that the word symbiote is pronounced correctly according to Marvel.  Early trailers had it pronounced symb-eye-ote, as opposed to symb-ee-ote, which is the way it had traditionally been said. Kudos to the producers to listening to their focus groups and making that change. It’s small, but it matters to listen to the fans. There is a motorcycle chase sequence that goes on a bit too long, but aside from that, I really enjoyed the action – I particularly enjoyed seeing Venom in full-out Venom mode, gleefully jumping through the city and biting off heads.  Yes, the final battle is symbiote on symbiote, and is a bit of a giant CGI mess, but that’s to be expected, and didn’t bother me too much.  The cast was really enjoyable. 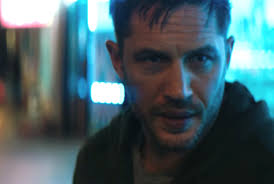 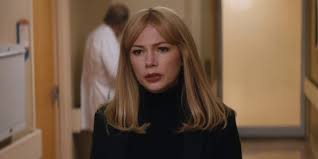 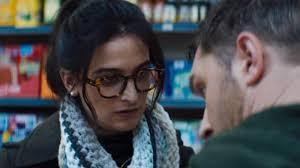 Overall, I really was shocked by how much I enjoyed the movie.  I have always loved Venom, and the Spider-Man bits were a lot of what I loved. Honestly though, that storyline warrants an entire movie to tell correctly – so I much prefer that they simply omitted it, rather than half-assing it.

8 out of 10 – I love the shots of Venom venoming: Bouncing around the city, climbing up buildings, biting off heads, and the hilarious back and forth between the symbiote and Eddie.  It’s definitely worth checking out for yourself.

Posted by Jeanette Ward at 1:46 PM No comments:

Email ThisBlogThis!Share to TwitterShare to FacebookShare to Pinterest
Labels: Venom: 8/10

Kevin Hart has earned my loyalty.  What I mean by that is that I have found him hilarious in enough things that I will go see just about anything he’s in, regardless if it looks good.  Tiffany Haddish is also reliable, so I was definitely in for this movie. 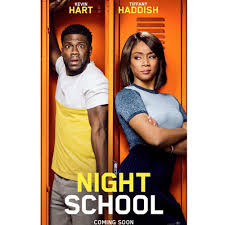 Night School follows the story of Teddy Walker, who struggled through high school and walked out during a standardized test.  We catch up with him in present day, working as a salesman in a barbeque grill store, driving a car he can barely afford, living in an apartment he can barely afford, and about to propose to his girlfriend. He is basically broke because despite earning a decent living (he is a great salesman), he keeps living above his means, and insists on paying for everything with his girlfriend, even though she has a much better job and her own money.  A gas grill incident during his proposal results in the store being exploded and Teddy out of a job.  As a result, he gets offered a job by his buddy Marvin at his sales firm, but he needs to have a GED to get hired.

This leads to Teddy going back to his old high school to start taking night school courses in order to get his GED.  He runs into a little bit of difficulty with the principal, who is his old nemesis from high school.  During the course of the process, he bounds with his new classmates and teacher, who helps him realize he has some learning disabilities, and how to work with them.  Eventually, he gets the GED, and there’s a happy ending. 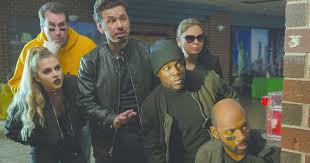 Directed by Malcolm D. Lee, who also did The Best Man, Undercover Brother, Roll Bounce, Welcome Home Roscoe Jenkins, Soul Men, The Best Man Holiday, and Girls Trip, Night School tries to be a zany comedy with some heart, and but mostly ends up falling flat.  The cast is charming, and some of the bits are funny, but overall it feels like not quite enough. 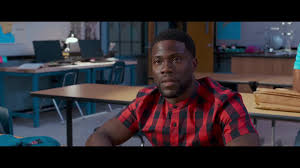 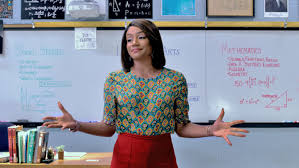 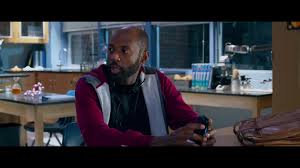 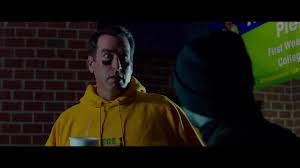 Overall, the cast is good, and the premise had potential, but the material was not as strong as it should have been. It just should have been funnier. Everyone did what they could with what they were handed.  Also – why in the world did this not have outtakes over the end credits? This is a movie that really needed it.
5 out of 10 – it’s middle of the road, not terrible, but not great.