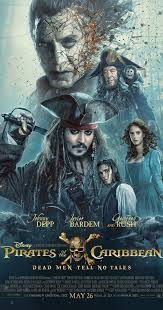 The Pirates of the Caribbean theme park ride opened in Disneyland in California in 1967, and is still going today. Guests ride in a boat along a waterway past animatronic pirates doing pirate-y things.  If you go now, you can see all the places they stuck in animatronic Johnny Depps after the success of the movie series.  If you’re lucky, and you get on the ride during a time when Depp is filming one of these pirate movies, you may get a real Depp in your Pirates Ride.

In 2003, director Gore Verbinski teamed up with Johnny Depp, and they released Pirates of the Caribbean: The Curse of the Black Pearl – and as skeptical as I was when the project was announced, I was really impressed with the result. The movie was fun, looked amazing (the ILM effects on the moonlight pirates was amazing!), and Captain Jack was unique and entertaining.
We then got two sequels that were tied together, Dead Man’s Chest in 2006, and At World’s End in 2007.  The Davy Jones effects were great, but overall the movies lacked the magic of the original.
In 2011, On Stranger Tides brought in Penelope Cruz and Ian McShane to escort Captain Jack as he sought out the Fountain of Youth. This movie involved a mermaid and a priest, but I really can’t remember much more than that.

This movie reintroduces the situation of Will Turner from the first three movies.  He’s cursed to spend his time captaining the Flying Dutchman after freeing Davy Jones from the curse.  That’s all well and good, but part of his curse is that he can only see his wife and son once every 10 years. Well, the son is not standing for that, and lets his father know that he will get Poseidon’s trident to break the curse, because apparently it can break any sea-curse.  And you know there are a lot of sea-curses out there.

After watching Henry inform his father of this as a young boy – we jump forward to Henry being about 21, and working various ships in order to study more and more of the sea and its legends. He and his new crew encounter a ship full of dead pirates in the ‘Devil’s Triangle’, a shady area – literally shady, the area is very cloudy.  Captain Salazar, the dead captain, finds that Henry is searching for Jack Sparrow to help him free his father, and leaves Henry alive to pass a message to Jack:  that he and his dead crew are coming for him.

Henry ends up on St. Martin, and meets Carina Smyth – a scientist who has been sentenced to death for witchcraft, because how dare a woman science!  Meanwhile, Captain Jack happens to also be on St. Martin. He and what is left of his crew are attempting to rob the bank.  The crew loses faith in Jack, and he stumbles around the town, eventually pawning his compass for a drink which lets the dead pirates out of the triangle and free to sail after Jack, since the compass was keeping them trapped?

Salazar and his crew encounter Captain Barbossa and his fleet of ships – since Jack has come on hard times, Barbossa and his fleet of pirate ships are running the seas.  In an act of self-preservation, Barbossa agrees to help Salazar find Jack, who has started sailing with Henry and Carina to find the trident combining Henry’s knowledge of sea stories with Carina’s book and science.  Oh – and they are also being chased by the British Navy, since they all escaped jail in St. Martin.  Hijinks ensue.

This movie is directed by two Norwegian directors, Joachim Ronning and Espen Sandberg (their likenesses are on the severed heads in the basket when Jack is guillotine threatened). As with most of the movies in this series – it looks beautiful.  The ships, costumes, and sets are all fabulous, and yes, the effects of the dead pirates and their dead sharks are stunning.  Yes, you read that right, they have dead sharks – no, I don’t know why.  The action set pieces are also pretty good – in particular, the opening action sequence as Jack and his crew fail in robbing the bank is really well done as they end up dragging the entire bank building around the island while Jack mugs for the camera.  The story is meandering, but that’s similar to the last couple of these movies.  The cast is entertaining enough – 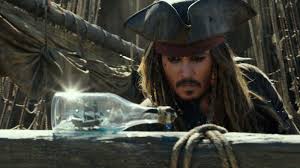 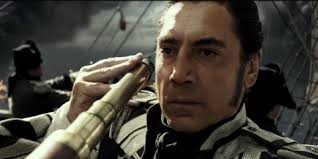 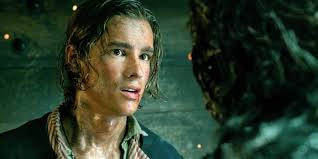 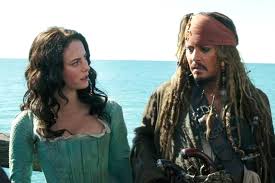 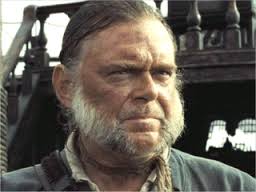 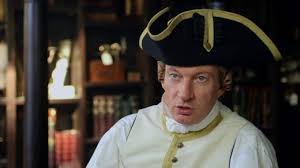 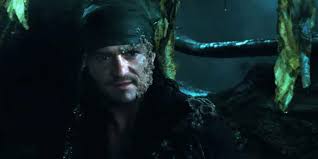 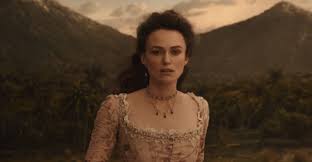 Overall, I liked it better than the previous installment, but honestly – we don’t need any more of these.  I can just rewatch the original and be perfectly happy with that.  I didn’t really care about any of the new characters until it was too late, and the whole thing just seemed unnecessary and a little boring.

5 out of 10, I got through this entire thing and didn’t make one sea joke – time to remedy that. I would have given it a higher rating if the meandering plot hadn’t felt so lost at sea, if the characters weren’t drowning in exposition, and if the whole movie wasn’t such a shipwreck.
Posted by Jeanette Ward at 1:08 PM

Email ThisBlogThis!Share to TwitterShare to FacebookShare to Pinterest
Labels: Pirates of the Caribbean Dead Men Tell No Tales: 5/10