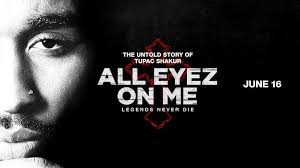 Tupac Shakur was a rapper and actor who was born in East Harlem, NY in 1971, and died in Las Vegas in 1996 at age 25.  He was incredibly prolific in his short life, releasing multiple albums and appearing in seven movies.  Because he was such a skilled rapper, a magnetic person, and was killed so young, a movie was inevitable. There has already been a documentary made called Tupac: Resurrection, that was released in 2003.

A biopic has been in the works for some time, and finally we have All Eyez On Me. Originally it was going to be directed by John Singleton (who had written Baby Boy for Tupac, but went with Tyrese after Tupac’s death). However, Singleton had some creative differences with the production, although did have the full support of Afeni Shakur, Tupac’s mother.  Tupac was a fascinating man, and deserves to have his story told in a really well-made epic movie.  This however, is not that movie.

The movie starts with a reporter interviewing Tupac while he was in prison from 1993 to 1996 as the result of a sexual assault charge – of which he continually said he was innocent.  The interviewer asks Tupac questions about his mother, Afeni, who was released from prison after defending herself as she was pregnant with him.  Through the device of the interview – we get snapshots of Tupac’s early life in New York, interacting with his mother’s Black Panther Party friends and colleagues, then moving to Baltimore – where he struck up a friendship in high school with Jada Pinkett.  His mother’s drug troubles began, and suddenly Tupac and his half sister had to move to Los Angeles, where his career began to take off as he started as a roadie, background rapper/dancer for Digital Underground.

The movie then stays with the interview, right up until Tupac tells the reporter how he ended up in prison, then that mode of storytelling is dropped when he gets released and the movie shifts to a more ‘normal’ narrative as we follow Tupac signing with Death Row records in L.A., interacting with Suge Knight, being friends with, and then enemies with Biggie Smalls, and continuing both his rapping and acting careers.  The movie does not mention his first marriage at all, but does bring in Kidada Jones, who he was engaged to at the time of his death. The movie goes right up until he was shot in Las Vegas, and then mentions that he died in the hospital a few days later. 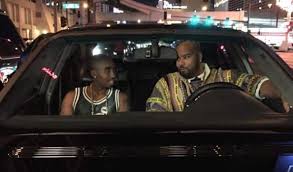 This movie is directed by Benny Boom, whose previous experience is mostly music videos – and it is not badly directed, and it’s not badly acted, but it does seem to be assembled and written poorly.  The movie jumps from event to event, and really attempts to fit in way too much in the two and a half hour runtime.  This results in skipping some pieces of his life, and having several characters show up with little to no introduction, be key for a few scenes, then disappear.  Because the movie attempts to cover so much, it really would have been better served by being a TV mini-series, similar to the New Edition story earlier this year.  The cast is decent: 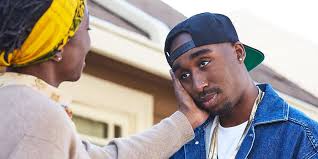 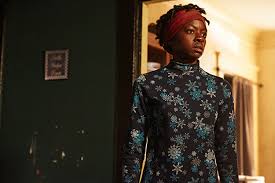 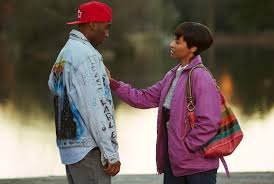 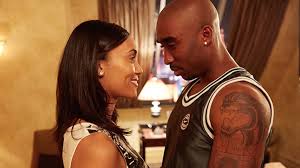 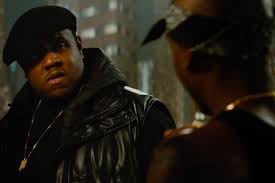 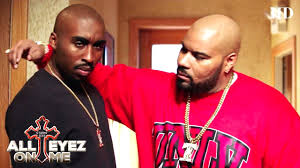 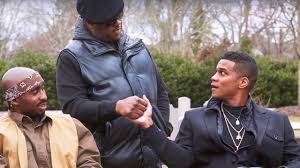 Overall, the movie is interesting, but way too long, and just not as well executed as it could have been. It's a hard R, thanks to the language, violence, and naked groupies. It really did need to be a miniseries so that more of the story could be told in better detail. I wasn’t a huge Tupac fan, but I did respect his ability, talent and charisma. I learned a few things from this movie – but some of the characters and stories that happen could have used some more development.  No, it’s not completely accurate, but it’s worth a rental.

5 out of 10 – too long, and poorly written, but decently acted and directed.


Bonus, Poetic Justice - a movie I really enjoyed, that Tupac is really good in, but was not mentioned in the movie at all...

Email ThisBlogThis!Share to TwitterShare to FacebookShare to Pinterest
Labels: All Eyez On Me: 5/10