The first Alien, directed by Ridley Scott, was released in 1979 and featured the crew of the Nostromo encountering a mystery on an abandoned planet, and one member of the crew in particular encountering an egg pod, and accidentally getting a facesucker sucked to his face.  That resulted in a chestburster bursting out of his chest, growing rapidly, and killing off the members of the crew one by one until Ellen Ripley blasted it out of the airlock of the ship. It is an exceptionally made claustrophobic horror movie that waits until the end to reveal the alien.

The sequel was directed by a James Cameron, released in 1986, and turned the sci-fi horror of the first movie into a sci-fi action movie in which Ripley wakes up from cryo-sleep and has to go back to the planet on which her crew discovered the egg pod, because there have been colonists there for 10 years, but their signal has been recently lost – and the Weyland-Yutani company may or may not want one of the xenomorphs, for business? Sure enough, upon arrival with her new crew of space marines, they get treated to colony full of the xenomorphs, plus, an encounter with the Queen who has been laying all those egg pods.
There’s a third and fourth movie, and two Alien vs. Predator movies (which I loved) but honestly, the first two are the best.  In 2012, Ridley Scott revisited the franchise – sort of – and released Prometheus.  Prometheus was very pretentious, and attempted to answer who we are as humans and who created us – seeming to demonstrate that earth was seeded by a large race of ‘engineers’, who also created a bio-weapon that infects people and then sort of creates the xenomorphs?  Listen, I saw the movie, a couple of times, and I still am not entirely sure what it was about. I know Michael Fassbender played the artificial – or android – named David, and he was very shady the entire time, and seemed way more into the alien virus (infection, bioweapon, whatever…) than the people he was supposed to be assisting.

In this movie, Alien: Covenant, we’re introduced to the command crew of the Covenant as they are traveling to a new planet with some 2000 colonists on the ship.  They encounter a wave of something in space that causes an issue and Walter, the Fassbender-y android on this ship, helps wake up the command crew, but the captain gets accidentally fried in his pod, leaving his wife, Daniels, shaken.
Since this is a colonizing mission, the command crew is made up of couples, so that they can help populate the planet once they arrive.  Because the captain is dead, Oram has to take over when they pick up a distress signal from a nearby location. Hopeful at the readings of the planet (it seems to be perfectly habitable!), they head there to check out the signal – after all, they have a few more years in cryo sleep, if this planet works, they can wake up the colonists now!

Upon arrival, several members of the command crew go in search of the signal, and sure enough, once they split up, two of them (one in each group, because that’s how movies work) stumble into little puff pods on the ground.

The pods release spores that enter the bodies, and basically do the same thing the facesuckers used to do – implant a baby xenomorph that then bursts out in the worst way possible. Because these xenomorphs come from puff pods and burst out whereever - not necessarily the chest - they look slightly different that the original Alien design.

The xenomorphs take out several crew members just before the remaining group members are rescued by – surprise – David from Prometheus, who tells them that he and Elizabeth Shaw were the only surviving members of their crew, and the ship they had stolen/escaped in released the virus upon arrival at this planet – which may have been the home planet of the ‘engineers’ – but the virus killed all of the ‘engineers’ on their arrival, and that Elizabeth died in the crash.  Which I hope you don’t believe, you know you can’t trust that android. 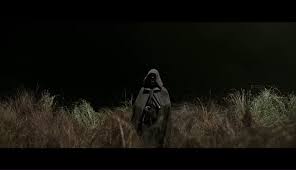 In any case, Walter and David have some super creepy bonding/philosophizing moments during which David teaches Walter how to play a recorder he carved, and also eventually tells them how he continued to bio-engineer the virus to create the egg pods.  He tells Oram all about this, and Oram is foolish enough to put his face right next to an egg pod, so he gets his face sucked by a face sucker, which of course deposits a chest-burster baby in him. We get a more traditional looking xenomorph that takes out the crew as Daniels contacts Tennessee who is still on the ship to come rescue the survivors, which adds up to her and Walter.

Honestly, it’s still confusing, but not nearly as confusing as Prometheus. Yes, there is still too much philosophizing, and pretentiousness – but far less than in the previous movie, and there is much more alien action in this one - which is what you want in an “Alien” franchise movie...well, it’s what I want in an alien movie.  The final action piece of Walter and Daniels battling a xenomorph as Tennessee tries to rescue them on a construction vehicle is just fantastic.  It’s well done, it looks good, and the cast is certainly interesting enough: 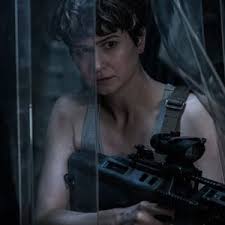 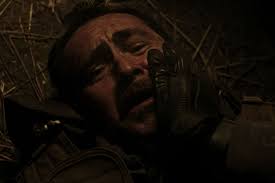 Overall, I liked it more than I liked Prometheus, but I didn’t really like Prometheus, so I’m not sure that’s saying much. It’s interesting, there’s some great action – but I think my issue was that I was expecting this to end where either Alien or Aliens began, and it doesn’t quite do that yet.  So – go in not expecting anything, and you should be pleasantly surprised! 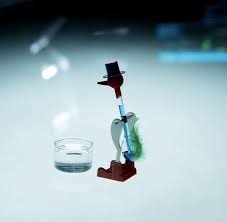