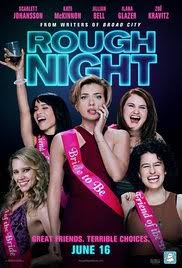 Let me say right off the bat, the ads for this movie state that it is “funnier than Bridesmaids” – it is not. And, let’s be honest, not every comedy that comes out with a mainly female cast needs to be compared to Bridesmaids, that’s doing them a disservice. In this case, yes, the situation is slightly similar, but it is still an unfair comparison, as Bridesmaids was able to combine hilarity and heart into a near perfect comedy.

Rough night starts out by demonstrating the closeness of four friends in college Jess, Alice, Blair and Frankie.  Jess and Alice are best friends, Blair and Frankie are a couple and together the four of them are shown winning a beer pong tournament during a Halloween party and then hanging out in a dorm room to demonstrate the depths of their friendship.  Years later, Jess is running for senate and about to marry her fiancé, Peter – incidentally, she’s coming off as ‘robotic’, so losing the campaign.  Alice decides to throw Jess a weekend bachelorette party in Miami and invite the old gang.  Jess also invites her Australian friend Pippa, with whom she spent a semester abroad. Each has grown up, though not necessarily matured. Alice is now an elementary school teacher, Blair is going through a custody hearing after a messy divorce, and Frankie seems to be an activist for something or maybe everything?

Once reunited in Miami, the friends rent a house that happens to be next door to a couple of swingers. After hitting some restaurants, clubs, and doing some cocaine, the girls decide to hire a stripper for Jess.  A man shows up at the door – and after showing him in, they accidentally kill him (yes, like in the 1998 Peter Berg directed movie Very Bad Things) – and thanks to the drugs and alcohol, they decide it is better to try to hide the body then report it.  Hijinks ensue, but not necessarily hilarious hijinks.

The movie has a lot of vulgar humor, and tries way too late to add some heart into the story.  It almost would have been better to commit completely to the over-the-top physical and toilet humor and use a ‘Weekend At Bernie’s’-style adventure with the dead body. Instead, the movie hovers just around the uncomfortable mark, going from bizarre situation to bizarre situation and then suddenly forcing in the relationship resolutions right at the end.

Directed by Lucia Aniello, who also did some episodes of Broad City, the movie is clunky and can’t decide if it wants to be a crass comedy or a dark relationship dramedy.  I think I was disappointed because the cast is wonderful, so I expected more from them. 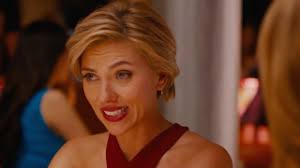 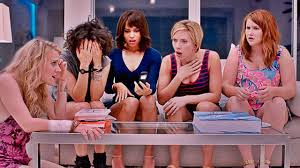 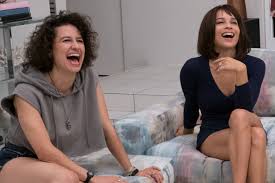 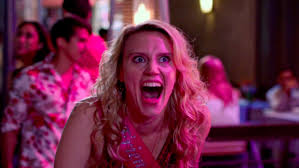 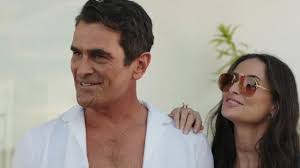 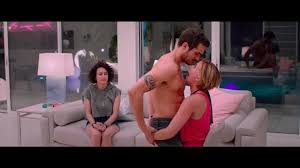 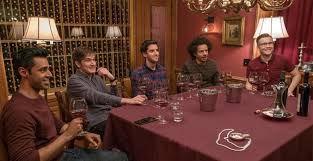 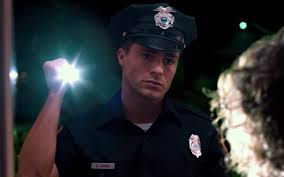 Overall, the cast was capable, and they certainly committed, and yes, there are some funny parts to this movie, but overall I was disappointed because I think it could have been better with this cast and the premise. I think it should have been non-stop laughs, instead of chortles from time to time. 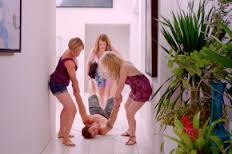 5 out of 10 – gained points for the cast, lost points for not being funny enough. We’ll see how Girls Trip is when it comes on out July 21st, hopefully stronger than this one.

Posted by Jeanette Ward at 2:31 PM