The Guardians of the Galaxy first appeared in 1969 in a Marvel Comic, and had many different members and cosmic adventures over the years - yes, you could refer to them as 'Space Avengers' and it would make sense. 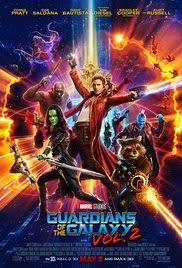 Since the Guardians were fairly unfamiliar characters to the general public, the first Guardians of the Galaxy movie, which came out in 2014, took many people by surprise. Equal parts fun, action, and emotion, the movie was as close to perfect as any of the MCU (Marvel Cinematic Universe) movies had gotten to that point. The movie ended up being my favorite Marvel movie to date – followed very closely by Captain America 2 and 3. It had the amazing ability to bring me to tears while also making me laugh out loud.  I still tear up at the beginning where Peter’s mother dies – and at the end, where Groot sacrifices himself to save the others – only to be repotted and show up here as Baby Groot.
The story of Vol. 1 was a pure origin story.  We were introduced to the Guardians, Star-Lord (Peter Quill), Gamora, Drax, Rocket, and Groot, as they encountered one another, assembled into a rough team, evaded then teamed up with Yondu Udonta and the Ravagers, and defeated Ronan the Accuser when he broke from Thanos and attempted to use an infinity stone to destroy the planet Xandar and the universe at large.

Vol. 2 picks up just a few months after Vol. 1 ended.  The Guardians, after their Vol. 1 escapades, are now fairly known heroes and are taking random jobs for pay.  They have agreed to take a job from ‘the Sovereign’ to battle a giant space-slug type monster that is all teeth and tentacles to protect some very fancy batteries.  The Sovereign consider themselves to be perfect, and so could not take a chance with any of their own citizens being in danger while defending the batteries.  In exchange for their help, the Sovereign gives Nebula, Gamora’s ‘sister’, back to them so that they can cash in on her bounty on Xandar.  This all goes pretty according to plan until Rocket steals some of the batteries on the way out, because "they were really easy to steal."

Furious, the Sovereign send a fleet of remotely piloted ships after the Guardians, causing some catastrophic damage to their ship, the Milano.  The team is miraculously saved by a surprise visitor.  After crash-landing on Berhart, the team does some high-quality bickering, and gets greeted by the surprise guest who introduces himself as Ego – Peter’s Father.  Peter, Gamora, and Drax head off with Ego and his associate Mantis to visit his planet (he has his own planet!), while Rocket and Baby Groot stay behind to keep an eye on Nebula.  This becomes dangerous when Yondu Undonta and his crew of Ravagers are hired by the Sovereign to collect the Guardians and swiftly arrive.  Hijinks ensue, and I really, truly mean that in the very best possible way.  These are the best hijinks of the year so far. 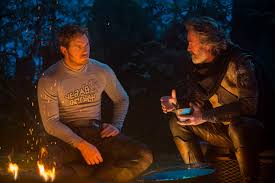 From this point on – Spoiler Alert – I am not going to mention much more about the plot – but it’s really hard to say anything else without ruining bits of the story, and you really should see this movie without knowing exactly what happens.  I will complement the marketing team on this (I know, I almost never say that!), but each of the trailers and commercials I saw really only covered plot bits and clips from what I mentioned above, which is really only the first twenty minutes or so of the story, which is exceptional.  Most trailers lately show entirely too much of the movie, and you feel like you know what is going to happen before you get to the theater (looking at you SpiderMan Homecoming trailer).  In GOTGv2, there are a few twists and turns, and it was wonderful to be genuinely surprised when they happened in the theater!  There was an audible gasp by the audience at one point.

Like Vol. 1, James Gunn wrote and directed Vol. 2, and if you’re not following him on social media – you should be.  He's funny, witty, charming, and really cares about the fans because he is a fan. Last year, while in production, he would weekly release a storyboard picture – one that wouldn’t show any plot points, but that would keep everyone interested in what he was shooting.  He treats every single one of the characters with care and devotion, and has completely delivered on giving each of them space to grow, but also stay true to who they were when we met them.  If the first movie was about family – this one is also about family, but the more detailed relationships between parents and children, especially fathers and sons. 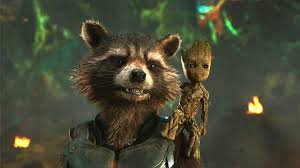 The look of the movie is exceptionally beautiful, and this is one where I will say that it is worth seeing it in 3D.  Gunn has created a lush and colorful galaxy with gorgeous planets, space, ships, people, and creatures in it.

Another thing that James Gunn does almost better than anyone else right now is the music in the movie.  Vol. 1 was a surprise in terms of the music – which was fantastic! When I was younger (wow, I’m old enough to start sentences that way), movie soundtracks were a much bigger deal than they are today. They would essentially function as pre-made mix tapes that you would pick up after seeing the movie and how expertly the songs worked in it. It’s rare to find that in today’s movies, but James Gunn manages to make the songs in this movie fit seamlessly into the movie, to the point that they can be parts of the story. I once again bought the CD on the way out of the theater, and it is fantastic.

The cast is once again pure perfection. Each returning character gets to grow a little bit and deepen their already established personality.  New characters are each given their own moment to shine as well.  Be warned again – spoiler alerts here!  It is really hard to say why I loved some of the performances without a little explanation: 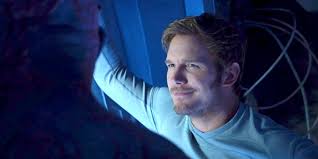 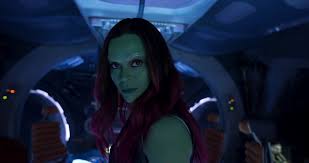 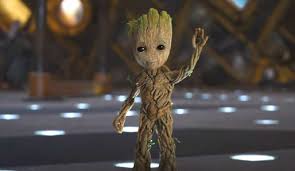 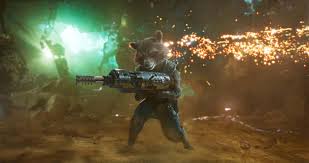 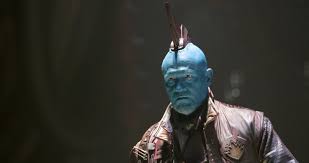 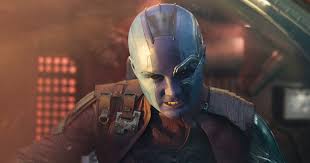 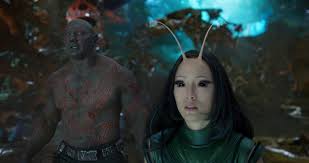 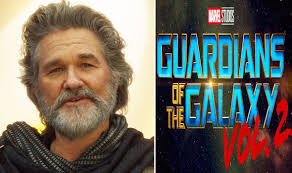 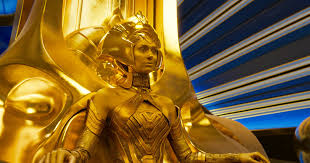 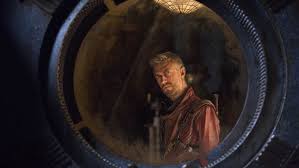 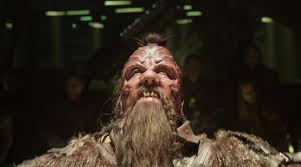 There are all kinds of cameos and guest spots – Seth Green’s voiced Howard the Duck shows up again, Gregg Henry is back as Peter’s grandfather, Ving Rhames shows up as Charlie-27, Michael Rosenbaum plays Martinex, and Michelle Yeoh plays Aleta – all Guardians from the comic who have a meeting with StarHawk during a post-credit sequence.  Could they get a spin off? Or just return in another Guardians movie? Either way, I would watch it!

Yes, there are five post-credit sequences, so stay all the way through - the end credits are also really funny thanks to a disco-ed up version of the instrumental Guardians musical theme that has appeared in both the first movie and this movie with some lyrics by David Hasslehoff. You read that right.

Overall, I cannot say enough good things about this movie.  I was worried it wouldn’t be as good as the first, and so my expectations were low – which really helped me out, because I loved it almost as much as the first one. Yes, it’s a little slow in the middle, but that’s where you get the character development.  Yes, the action sequences are almost entirely CGI – but it’s beautifully done and looks amazing in this movie.  Yes, some of the comedy scenes are almost cartoonish – but I think that fits these characters!  It’s wonderful – I loved it – go see it.

Posted by Jeanette Ward at 1:47 PM

Email ThisBlogThis!Share to TwitterShare to FacebookShare to Pinterest
Labels: Guardians of the Galaxy Vol.2: 11/10