In 1997, there was a Michael Douglas movie called The Game, in which Douglas’s character is given a birthday gift by his younger brother, played by Sean Penn.  The gift is a game that basically ends up being life or death.  Why bring that up?  That movie kept popping into my head while watching Game Night.  This movie is from the same production team behind Horrible Bosses, which is hilarious and worth a watch if you haven’t. 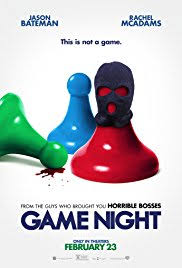 Game Night follows the story of Max and Annie, a couple drawn together because of their furious competitiveness playing various board games.  The movie begins with a montage showing how they met and got married intermingled with various game nights.  We then jump to present day, where Max and Annie are prepping for a game night and attempting to avoid their creepy police officer neighbor Gary.  When Gary was still married to his wife, Debbie, they came to game night. However, they have since divorced, and Gary hasn’t exactly taken it well, so Max and Annie spend a lot of time avoiding him.  They are also meeting with a fertility doctor as they are trying to have a baby.  The doctor seems to pin down that Max’s sperm isn’t great as a result of his stress about his brother coming into town to visit.  His brother, Brooks, has always been more popular, more charismatic, more successful, etc.  And now he’s coming to game night.

Max and Annie invite their friends, Kevin and Michelle (a married couple who were each other’s childhood sweethearts), and Ryan, who brings a new friend from work, Sarah.  Brooks eventually shows loudly arrives in a fancy new car, which draws Gary’s attention, ruining their plans to not let him know they were having a party.  After an evening in which Brooks humiliates Max in front of everyone – he insists on hosting game night at his house next week, promising something above and beyond.

The next week, everyone arrives at Brooks’s giant house, and he sets up a murder mystery game night.  Telling the group this ahead of time, they don’t react when some burly guys come in and kidnap Brooks.  Then an ‘FBI Agent’ comes in to give them files to help them solve the case.  Eventually they begin to realize that Brooks was really taken, and the rest of the night becomes a mess of trying to figure out what is real, what is fake, and what needs to be done to rescue Brooks.  Spoiler alert – it all has a happy ending.

The movie is directed by John Francis Daley (yes, from Freaks and Geeks and Bones) and Jonathan Goldstein.  It’s well-paced, and each character has just enough development that you are interested in them, without pulling focus from the two leads. The strength of the movie is absolutely the cast and the way they play off each other. 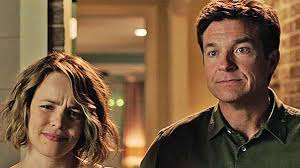 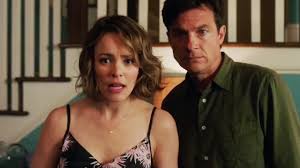 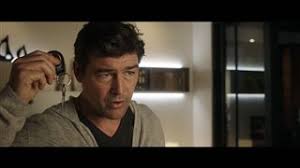 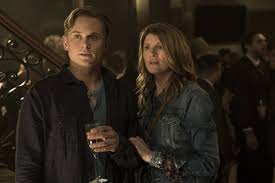 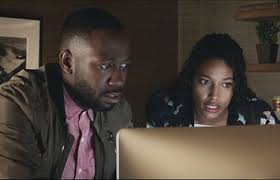 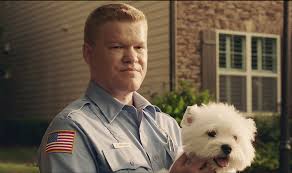 Overall, the movie is short, simple, and entertaining. The cast elevates the material to make for a fun outing.  It’s worth a watch, but not necessarily at the theater.
7 out of 10 – Also, rewatch The Game, which is not nearly as entertaining, but is definitely way more creepy.