Pacific Rim was a movie by Guillermo del Toro that feels less like a Guillermo del Toro movie than most of his other movies – except for the one sequence with Ron Perlman. The movie was super silly fun, and posited that an inter-dimensional breach opened in the bottom of the Pacific Ocean to release giant alien monsters known as Kaiju, which come to the coastal cities, and wreak havoc.  Humanity decides the best way to combat the kaiju is to build giant robots to fight them hand-to-hand.  The robots – called Jaegers – are so large that they require two pilots to operate them, and the two pilots must be ‘drift compatible’.  With the help of kaiju scientists Newton Geiszler and Hermann Gottlieb, Stacker Pentecost bombs the breach, closing it, and preventing further kaiju arrivals.  If all that sounds a bit complicated, the bottom line is that it’s giant monsters fighting giant robots, and that’s about all you need to know.

In this follow-up, we meet Pentecost’s previously unmentioned son, Jake, who is bumming around the rim, squatting in half destroyed mansions, partying, and selling jaeger pieces that he scavenges. He’s basically Rey from the beginning of Episode 7.  Jake stumbles across Amara Namani, a young woman who has built her own mini-jaeger from scraps.  They both get arrested, and Jake’s adopted sister, Mako Mori, convinces him it is time to come back to the Pan-Pacific Defense Corps, and that Amara would be a great addition as a new cadet. 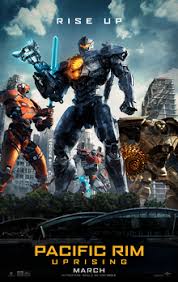 Jake grumbles through the arrangement, and agrees to help rangers Nate Lambert and Jules Reyes train a group of new recruits to become jaeger pilots.  Jake is a bit skeptical, believing the war to be over. Meanwhile, Hermann Gottlieb is still working with the PPDC, warning that the kaiju may come back, while Newton Geizler is working with Liwen Shao, as her company has started building drone jaegers that can be remotely piloted – eliminating the two-pilot drift issues.

Inevitably, during a demonstration for the new drones, things go awry, and Jake has to get the cadets ready to battle some new kaiju’s before they are completely ready.
The movie is really uneven, and similar to the first movie – they throw around names with a casualness that makes you wonder if you missed something. No, you’re not supposed to know all the names of the jaegers, even though they act like you are supposed to.  Yes, sometimes they refer to the kaiju by name, but you aren’t supposed to know those either.  Those parts absolutely feel like a video game (in particular, One Must Fall), where you would have to select or build your own jaeger based on the features you want.

This is the film directing debut of Steven DeKnight, and while the action is still super fun, the in-between parts (you know, with the human actors) are a bit of a struggle to get through. The movie has multiple competing storylines, and that would not be an issue if it could pick a focus a little better. Amara lost her parents, and built a jaeger, the cadets need to be trained, Geizler and Gottlieb are researching, Shao is determined to get the drones working, and Jake has to deal with his own unresolved father issues.  If you just turn off your brain and enjoy the action sequences, it’s just fine. 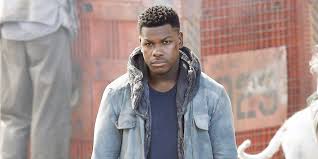 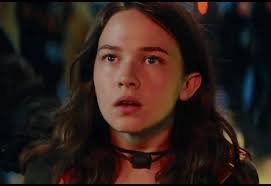 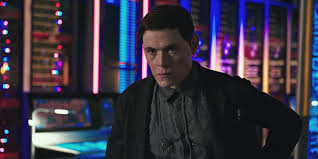 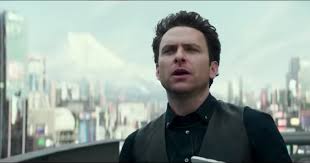 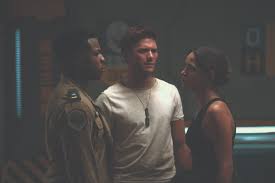 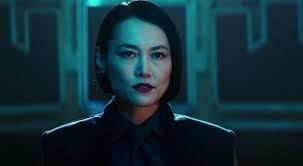 Overall, the kaiju/jaeger fight scenes were great, the story was a little rough, and some of the acting was not great.  It kept reminding me of Starship Troopers and if it had done a better job on the introducing-and-training-the-cadets storyline, it could have been a little more like it in a positive way.

5 out of 10, not great. Not terrible, but not great.  If you’re going to see it, see it in 3D!
Bonus, watch Starship Troopers again – would you like to know more?