Way back in 1993, Mighty Morphin Power Rangers debuted on Fox Kids weekday afternoon block of kids shows. The show used the brilliant (or cheap) idea of taking stock footage of monsters and fight scenes from the Japanese TV series Super Sentai franchise intercut around new shots of American actors. Story-wise, astronauts accidentally release Rita Repulsa on the moon, “After ten thousand years I’m free!  It's time to conquer earth!”  Rita then sets out to send various monsters down to earth to take it over, so Zordon, an ancient being, assisted by his robot Alpha 5 recruit five teenagers “with attitude” to become the Power Rangers to fight against Rita and her monsters.

The show was cheesy fun, and in 1995, they got a movie, in which the Power Rangers gained some ninja powers to stop Ivan Ooze (played by Paul Freeman, yes, that Paul Freeman).

Over the years, the Power Rangers saw multiple iterations, and I faithfully watched every episode of the first three seasons, but then they shifted the cast, and I lost interest.  Because I was such a fan of the cheesy predictable-ness of the original (and the gorgeous Jason David Frank as Tommy), I wasn’t sure how I would react to a new rebooted movie. 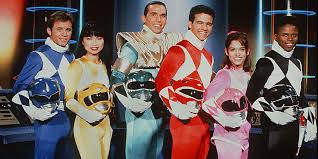 The movie opens on prehistoric earth, as a team of alien power rangers are losing a battle against Rita Replusa, the groups former Green Ranger.  In a last ditch effort to defeat her, Zordon, the red ranger, has Alpha launch a meteor strike at the planet, destroying both the rangers, the power coins, and Rita.
Fast forwarding to present day, we meet Jason Scott, who is the star quarterback of the Angel Grove football team, and gets busted during a prank to capture an opposing team’s mascot.  In the ensuing car chase, he flips his truck and ends up injured, disappointing his father, on house arrest, and in detention.  Once in detention, he is joined by Kimberly hart, former cheerleader, and Billy Cranston.  Billy is getting bullied by the detention bully when Jason promptly puts a stop to it with a open-handed slap – which is really fantastic.  Yes, it’s a very Breakfast Club meeting, and yes, this movie opened exactly 33 years after the Breakfast Club.  Happy to have a friend, Billy invites Jason to join him on his planned outing for the evening, with the promise of being able to deactivate his ankle bracelet.

They head to the local mine, where Billy used to go treasure-hunting with his dad, who has since passed away. Kimberly heads to the mine to go swimming in a pond, new girl Trini is there to hike and do yoga, and wild-kid Zack is there camping out.  Billy blows up the side of a cliff, and the five are together to discover the long-buried power coins.   The five swiftly realize the coins have given them some strength and resolve to head back to the mine for further research. 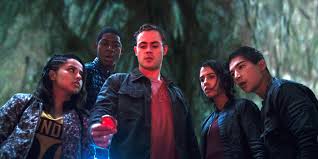 Meanwhile, Jason’s father happens to be a fisherman who accidentally pulls up Rita’s mummified corpse.  Sure enough, she recovers and sets out in town to collect as much gold as possible and find the buried Zeo crystal that she had been searching for all those years ago.
Back at the mine, the new rangers discover a buried spaceship containing Alpha 5 and Zordon’s head.  The rangers start training to be able to defeat Rita.  Sure enough, since they don’t really know one another all that well, they are unable to Morph (get their armor and control of their zords – giant robots shaped like prehistoric beasts).  This disappoints Zordon, because they won’t come together, but also because he is hoping to use the ‘morphin grid’ to come back to life and escape the wall he seems to be stuck in.  Rita attacks, so they head out to face her, and swiftly lose – and spoiler alert - Billy gets straight up killed.  Killed! 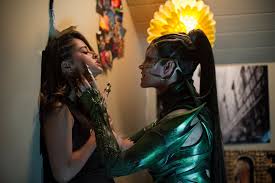 Returning to the ship, they each realize how much they mean to each other too late, which of course activates the morphin grid – and Zordon is about to step through, but instead uses it to revive Billy – telling Jason that there can only be one red ranger at a time, and this is Jason’s time and Jason’s team, and he needs to lead them.  Reinvigorated – the rangers are able to morph, defeat the putties (yes, there are putties, but not dudes in silver spandex, they are rock monsters) and call the zords to battle Rita’s raised Goldar monster.  They defeat Rita after bringing all the zords together to form the mega-zord and slapping Rita into outer space as the citizens of Angel Grove look on in appreciation.

The movie is directed by Dean Israelite, a South Africian director.  This is his first big-time Hollywood movie.  It looks great, and the action is fun.  I will say, the show focused a little more on the martial arts, and there’s very little of that in this movie. There is some in the training sequence, but I could have done with a little more of that - just a few more action/fight sequences.  I think because this is an origin movie, so there's no time for that.  I do miss the Goldar from the show, new Goldar is a little melty, and less comedic. So - the new one fits the new movie, I guess I just miss the old one! 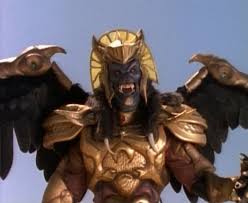 The movie also solves the issue of what I used to call ‘power-ranger acting’ – where your entire head is covered in a giant helmet, so in order to clarify who is speaking, every gesture is over-articulated.  In this movie, the face screens can be removed from the helmets, so you can actually see the person talking. The movie is incredibly long for a Power Rangers movie, but it’s long because of the character development at the front end. Some have argued that it was unnecessary, but honestly, I didn’t mind it.  The cast was all pretty capable for what was asked of them: 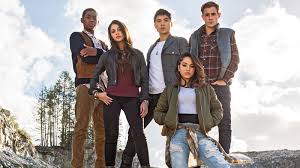 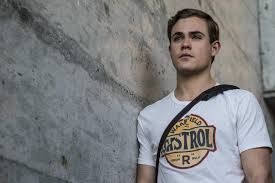 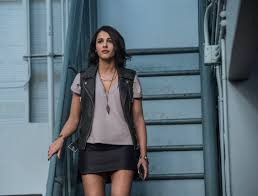 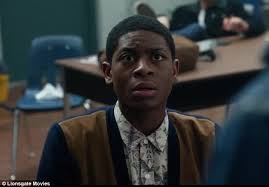 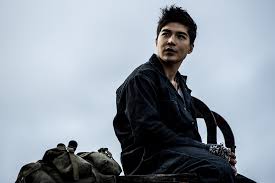 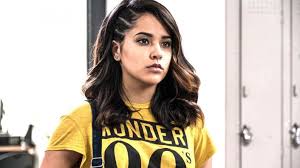 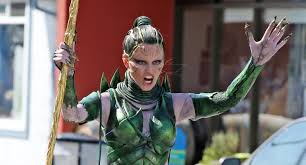 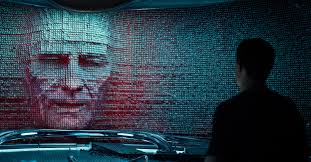 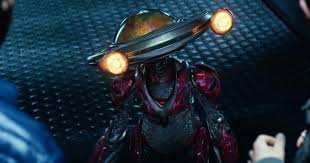 Overall, I have to say I was really pleasantly surprised. I genuinely loved the movie.  The kids are great, and really come together to be a great team.  I will say, I miss the practical effects of the old show, with cheesy robots for the zords, because these CGI zords – I really could not tell which beasts they were supposed to be. Kimberly is still a pterodactyl, Jason still seems to have a T-Rex, and Trini seems to be a sabre-tooth cat, but both Billy’s and Zack’s were a little tough to tell.  And yes, the old putties were ridiculous, but these rock monsters were no fun.

8 out of 10 – really entertaining, and super fun.  A little too long, but that didn’t bother me too much. I can’t wait for the sequel!  Mainly because of the mid-credits sequence where the team is back in detention, and the teacher announces there is a new student in detention, Tommy Oliver – and the camera shifts to an empty chair with a green jacket thrown over it…. 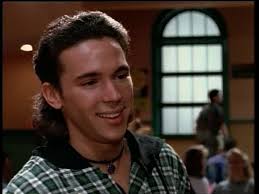 Posted by Jeanette Ward at 2:26 PM