King Kong debuted in 1933, making him 84 years old in March of this year with the release of his eigth movie.  The previous films are King Kong (1933), Son of Kong (1933), King Kong vs. Godzilla (1962), King Kong Escapes (1967), King Kong (1976), King Kong Lives (1986); King Kong (2005).  In the originally story, he’s a giant, prehistoric ape who is captured and removed from his home on Skull island, take to New York to be put on display, and tragically killed after escaping and climbing the empire State Building.  His personality can vary between tragically understood and abused to raging monster.

In this version, we have the tallest version of King Kong in American movies. He was at his very biggest in 1962’s King Kong vs. Godzilla at about 147 feet.  In Peter Jackson’s three hour version from 2005, he was about 25 feet tall, and was essentially a giant Silverback gorilla.  However, this 104 foot version is more kaiju than ape. This version begins with an airplane crash during a dogfight in 1944.  The crashed American pilot and the crashed Japanese pilot are still fighting on the island when they encounter Kong.  So yes, this King Kong movie does not mess around, you see Kong within the first five minutes. Which I honestly had no issue with! 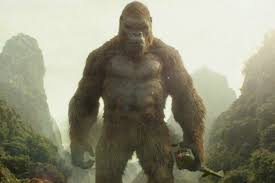 The opening credits then fast forward us to the 1973, and our brand new satellites have just now picked up a deserted island in the south Pacific.  The island is surround completely by storms, but a crew from Monarch (a shady company), is determined to get to the island to explore it. They sell it to a government official as “hey, you want us to get there before the Russians, right?”, which works, and gets them funding – as well as a ride with a helicopter assault squadron that was just about to head home from Vietnam after the announcement that America was pulling out of Vietnam.  That announcement did not set particularly well with the leader of the helicopter squad, Preston Packard, who seems to feel that they were abandoning the battle.

Packard and his company of soldiers (all of which displaying various war-movie-soldier stereotypes…the one writing to his son, the one who just wants to get home, the quiet warrior, the burned-out one, etc.) meet up with the three Monarch reps (Bill Randa, Houston Brooks, and  San) who have already procured the talents of former British SAS ‘tracker’ James Conrad.  On the ship that will take them as close as possible, they also meet embedded photographer Mason Weaver who is there to document whatever they happen to find.  Assembled, they approach the horrific storm on the outside ring of the island, and board the helicopters to fly in.  Once through, they immediately start using seismic bombs to chart the land.  Of course, dropping explosives upsets Kong, and he starts demolishing helicopters, scattering the survivors around the island. 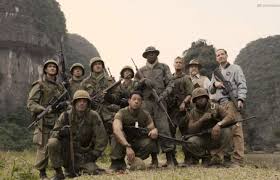 From that point on the various groups try to get back together, and make it to the evacuation point on the north end of the island.  They swiftly learn the island is not what they expect, being inhabited by several unusually large creatures. 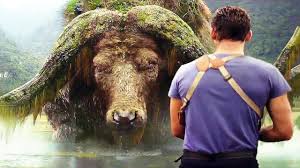 Mason and Conrad end up with a couple of soldiers and stumble into the natives of the island.  Just as they are about to be speared, Hank Marlow appears to stop them.  Marlow is the American pilot who crash landed on the island during World War II at the beginning of the movie and has been living with the natives on the island since then. He basically gives the newcomers all the exposition they need – under the island is populated by some horrible and dangerous lizard things, and above, Kong, and his family – protected the people and the island. Well, the skull things took out Kong’s parents/family, and now he is all that is left to protect the people and the other island inhabitants. Realizing that Kong was just defending his kingdom when he attacked them, Conrad and Mason have a new appreciation of the situation, and resolve to leave the island without causing any more damage. 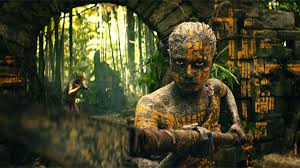 Meanwhile, Randa and Brooks meet up with Packard and some other soliders.  Packard is bound and determined to find the one helicopter that had soldier Jack Chapman, and the explosives on it – he’s not leaving the island without killing Kong.  Brooks confesses that Randa hired him because he wrote a theory on monsters living beneath the earth, and they were really there to prove his theory.  As they head off, Marlow shows Mason and Conrad the boat he and his Japanese friend had spent the last couple of decades building. They head up the river, finally making radio contact with the other group.  As they meet up, Packard is telling everyone he needs to find Chapman, when what he really wants is the bombs.  They find the remains of Chapman, and encounter a few of the skull things.  Conrad, Marlow, and Mason attempt to tell Packard and the soldiers that they need to leave Kong alone and get off the island, but Packard is obsessed and the soldiers follow his orders. 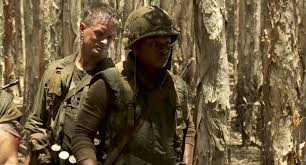 This all builds up to one final fight, where Packard uses way too many of the explosives to attack Kong and cause some major damage.  Mason, Marlow and Conrad are able to stop them and win over the soldiers to their side of the argument just as the biggest skull monster from underground pops up, due to being bombed awake.  There is one final epic fight as the remaining people attempt to assist an injured Kong in his battle with the giant skull monster lizard thing.

Directed by Jordan Vogt-Roberts, who previously did Kings of Summer, the movie is a throw-back to the classic old school monster movies.  Shot mostly on location in Hawaii and Vietnam, the jungles feel completely real but also completely foreign and ancient. Kong’s makeover has him more sasquatch than gorilla, walking upright and towering over the island.  He’s fully CGI-animated through performance capture, and is more of the hero of this movie than the tragic lead.  In the previous Peter Jackson remake of the original story, Kong’s story ends sadly as he is captured and dragged to New York to be put on display. Here, he’s encountered in his original habitat, and gets to leave the story as a hero, successfully defending his home from both outsiders and monsters from within. I have to say – I really preferred that. It was much more fun to see him battling monsters than feel depressed for him as he dies alone and scared in New York City.  The movie never once pretends to be anything other than it is – pure monster movie fun – and the cast really seems to be enjoying the ride. 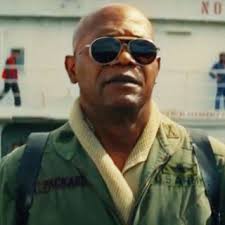 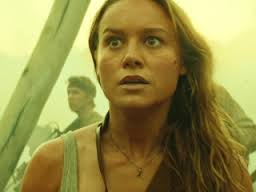 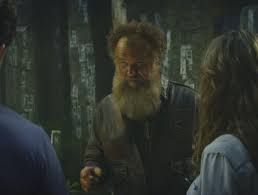 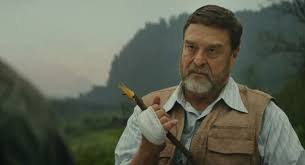 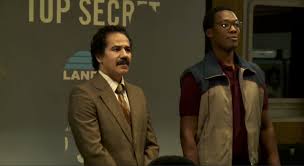 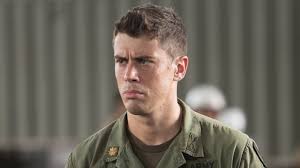 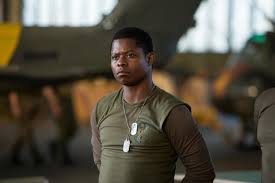 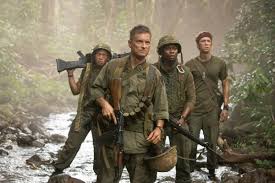 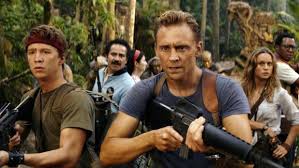 Overall, this is easily the most fun I have had at the movies so far this year. It was an unapologetically entertaining popcorn monster movie.  Yes, this Kong has less character development than some previous Kongs (looking at you, three hour Peter Jackson movie), but he’s still really fun to watch. And yes, it does clearly seem to be setting up further monster movies (Kong vs. Godzilla) for future clashes.  It’s been my policy to always support Godzilla in a monster battle, but this Kong is pretty great, it might make choosing sides difficult!  Here’s hoping they actually have to team up to battle someone or something else (looking at you King Ghidorah). 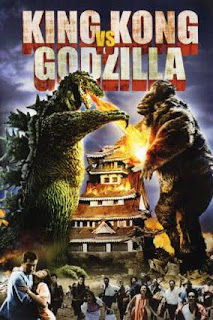 9 out of 10.  Fantastic, entertaining spectacle.