The original Overboard from 1987 featured Goldie Hawn as a horrible socialite who treats construction worker Kurt Russell terribly until she gets amnesia, and he takes advantage of the situation to make her believe she was his wife. During the process, he basically treats her like a housekeeper for he and his three boys.  Along the way, she learns to love them, and despite recovering from her amnesia in the end, she chooses to go back to them. 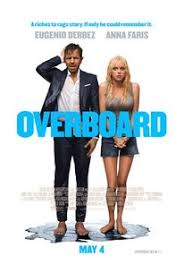 This remake stays very close to the original, just switching the genders of the lead roles, and changing some of the characteristics.  Now, son of a Mexican shipping magnate, Leonardo, is a pompous playboy who belittles ship-cleaner Kate, who is working three jobs to put herself through nursing school while trying to take care of her three daughters.  Leonardo’s father is sick, and his sister wants the family business to fall to her instead of Leonardo. When she sees that Leonardo has fallen off the yacht and gotten amnesia, she leaves him there in the hospital – knowing her father will finally leave her the company.

Meanwhile, Kate, at the urging of her friend Theresa, picks Leonardo up from the hospital, and sets about convincing him that he was her husband, a recovering alcoholic, and father to her three girls.  She also gets him a job with Theresa’s husband’s construction company.  At first, he’s convinced it’s a lie, but eventually, he settles in and comes to love Kate, her daughters, and his new friends at work.
Eventually, his father recovers and comes looking for him, and after initially rejecting Kate and company – he comes back to them, just in time for a happy ending. 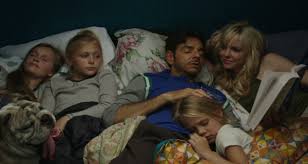 This version is directed by Rob Greenberg, and actually has fewer ‘sharp edges’ than the original, which I did love when I was younger, but does not hold up now, and actually feels a little uncomfortable.  Switching the roles makes the movie a little more palatable. 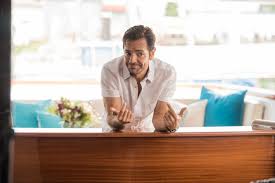 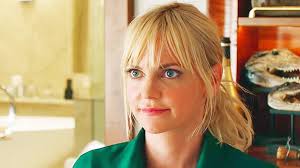 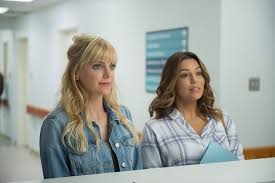 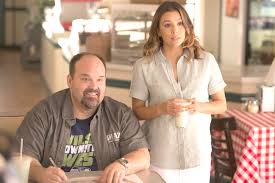 Overall, the movie is fun, entertaining, and charming. It is very predictable, but as I have said and will continue to say – if there’s one genre that I was to be predictable, it’s rom-coms.
6 out of 10 – harmless fun.

Posted by Jeanette Ward at 2:33 PM

Email ThisBlogThis!Share to TwitterShare to FacebookShare to Pinterest
Labels: Overboard: 6/10