Melissa McCarthy is very skilled at larger-than-life comedic characters.  Many of them are similar to one another, so the movies can run into one another without some clear differentiation. I’m not entirely sure this one had that differentiation, but it was entertaining enough. 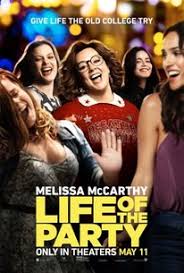 The story begins with Deanna dropping her daughter Maddie off at college for her senior year.  It’s the school Deanna attended, but never quite finished because she dropped out partway through her senior year to have Maddie – at the insistence of her husband, Dan.  She has always regretted not finishing, and when Dan tells her as they are pulling away from the school that he wants a divorce, the opportunity presents itself for her to go back and finish what she began.

Once back at school, Deanna begins to enjoy all parts of the college life.  Once Maddie gets over some initial embarrassment (very quickly), she and her sorority sisters take Deanna to parties, give her a makeover, and insist that she have a good time while finishing up the courses.  Although honestly, we only ever see her in one course – she must have been really close to graduating the first time around. 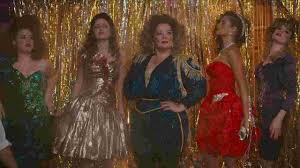 Dan eventually announces he’s marrying his new lady friend, Marcie, a real estate agent.  She also happens to be the mother of Jack, a guy Deanna is hooking up with on campus – which results in some hilarity.  Eventually Deanna learns to value herself again, finishes school, and I assume lives happily ever after.
This movie (like Tammy and The Boss) is directed by McCarthy’s husband, Ben Falcone.  Like his others, this one is uneven tone-wise. It wants to be both a slapstick comedy and a gentle family comedy with some dramatic moments. It would have been stronger had it picked one of those and committed to it.  Falcone is good at letting McCarthy’s characters run the scene, but I wanted even more comedy from this. 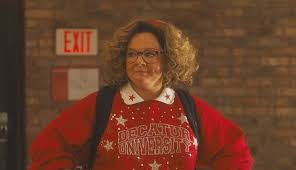 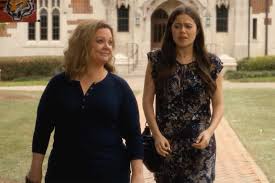 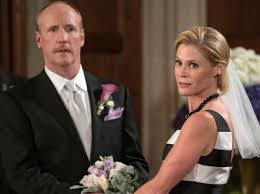 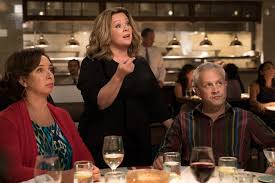 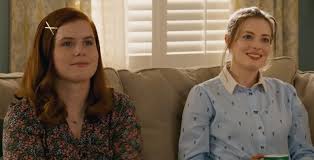 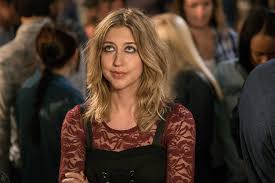 Email ThisBlogThis!Share to TwitterShare to FacebookShare to Pinterest
Labels: Life of the Party: 5/10