Since Thor’s first appearance in Marvel comics in 1962, he’s been a larger-than-life over-the-top character who closely resembles his Norse mythology counterpart.  In his previous two solo outings, Thor in 2011 and Thor Dark World in 2013, an attempt had been made to make Thor more relatable by locating his adventures here on earth.  In this third solo outing, director Taika Waititi embraces the otherworldliness of Thor and allows him to go almost entirely cosmic. 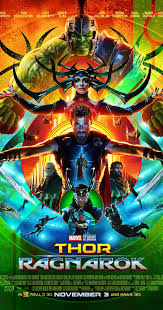 This movie opens with a bit of an explanation as to where Thor has been during the events of Captain America Civil War.  After the Avengers defeated Ultron, he went scouring the galaxy for the Infinity Stones, finding none.  He ends up captured by Surtur, a large, firey, demon-type guy.  After learning that Surtur can only die after merging his crown with the Eternal Flame on Asgard, and then destroying Asgard, Thor removes the crown and heads back to Asgard – to find Loki in charge, masquerading as Odin, and doing an absolutely terrible job of ruling.  Heimdall is in hiding, the nine realms are in chaos, and Loki is mostly uninterested in helping. Thor takes Loki to earth, where Loki left Odin and are assisted by Doctor Strange in locating Odin.

Odin is basically Yoda-in-Jedi here, on his way out, and says some cryptic things about his first born daughter Hela (who he has never mentioned to Thor or Loki before) and that she wants to destroy Asgard, and only Odin’s life has been keeping her at bay. Having said this, he promptly dies and Hela promptly shows up – instantly proving how much of a threat she is by destroying Mjolnir and knocking both Loki and Thor out of the rainbow bridge as they were transporting back to Asgard.  She wipes out the Warriors Three, employs Skurge, and sets out reclaiming her birthright.
Meanwhile – Thor gets spit out onto Sakar, captured by Scrapper 142 (who he eventually learns is one of the famed Asgardian Valkyries who were defeated by Hela many years ago) and meets the Grandmaster.  The Grandmaster swiftly enters Thor into his Contest of Champions to fight his champion – who turns out to be the Hulk, much to Thor’s delight.  Discovering Loki is also on Sakar – Thor sets out to gather some allies to return to Asgard and battle Hela. 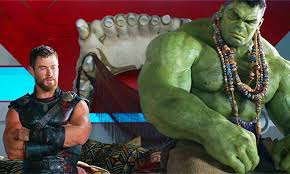 Kevin Feige and Marvel have once again continued to make all the right decisions by hiring director Taika Waititi for this movie. Waititi is a New Zealand actor, writer, and director who excels at oddball comedy and this movie absolutely shines under his guidance.  Thor previously has been a ‘fish out of water’, which did allow for some humorous moments, but this movie fully embraces the potential lunacy of the character and is more of an action comedy than action movie.  Waititi allowed for a lot of improvisation, something that really pays off with a cast that has been working together for a long time, allowing the scenes to feel natural and fun. Yes, there are stakes, and yes, the story has a fairly serious end, but I feel that the balance between that and the comedy is beautifully held throughout.  The cast truly shines here in what is easily one of the best of the MCU movies. 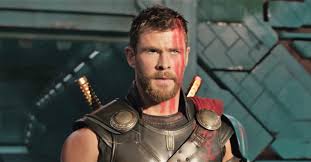 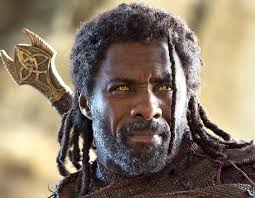 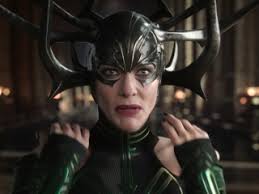 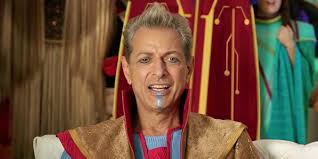 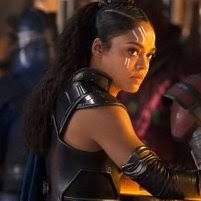 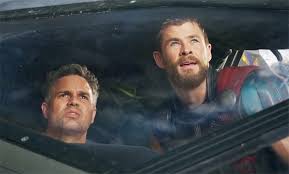 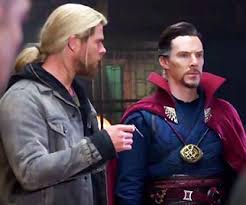 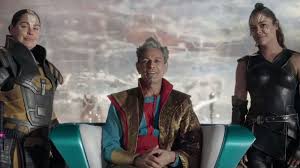 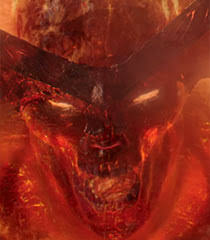 Overall, the look of the movie is amazing – yes, you should see it in 3D.  The colors and scenery are more in line with Guardians of the Galaxy than some of the earthbound MCU movies, which makes sense. The score is a mix of 80s-style synth pop, with the addition of Immigrant Song by Led Zepplin because of its Norse references.  The action and fight sequences are fantastic, and the comedy is really and truly hilarious.  There are times that I missed the next line because I was still giggling at the previous one.  Definitely see it, it’s wonderful and yes – leads into the Infinity War Avengers movie which will be out next year sometime.  Now, just hang on until Black Panther comes out in February.

9 out of 10 – near flawless.  Gained points for Waititi providing a much needed lightening to Thor.