In the 90s, no one destroyed the world better than Dean Devlin and Roland Emmerich.  With Devlin producing and Emmerich directing, they gave us Universal Soldier, Stargate, Independence Day (their best) and Godzilla (Their worst). 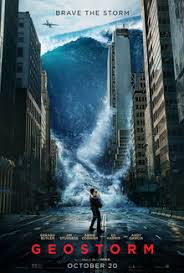 In Geostorm, Devlin strikes out on his own as the director of a new global crisis movie.  In the near future, as Climate Change continues to make giant storms and natural disasters even stronger, scientists, lead by Jake Lawson, create a satellite web or net above the earth that can dissappate these giant storms, saving hundreds of lives.  The system comes to be known as “Dutch Boy” after the tale of the little dutch boy who put his finger in a dam to save a town from flooding. Jake however, is a bit of a hothead, and the suits in Washington replace him with his younger brother Max, who is working for Secretary of State Leonard Dekkom.  Three years later, the system is due to be handed over from U.S. control to Global control, and things start to go a little fishy.

One of the satellites malfunctions over Afghanistan, abruptly freezing everyone in a village to death.  President Andrew Palma, concerned because it’s an election year, agrees with Dekkom that they hire their own crew to research the malfunction so that the system is running properly before being handed over to the world. 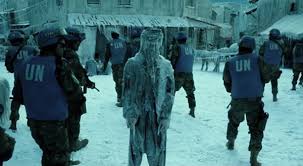 Max relunctantly agrees with them to bring in Jake, who has been puttering around in Florida with his daughter (on the weekends he has custody).  After some fairly standard cinematic brotherly family drama – Jake agrees to go back up to the International Space Station to figure out the issue.  Meanwhile, another satellite malfunctions, superheating Hong Kong and nearly wiping out Max’s scientist friend Cheng, who is working on the Hong Kong end of Dutch Boy. 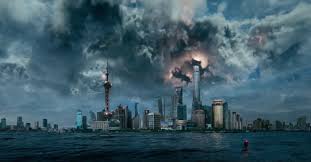 Cheng does some research and comes to find out – shocker – Dutch Boy is being manually sabotaged, and rushes to tell Max in person, since he swiftly realizes he’s being chased.  Jake discovers basically the same thing on the space station and sends a coded message to Max to confirm what Max learned from Cheng.  The clock starts ticking down to a ‘Geostorm’, a giant cataclysmic storm that will basically be a planetary extinction event, as Dutch Boy begins to go offline due to a pile of simultaneous issues, including a virus and the Space Station self-destruct sequence.  Jake has to work with the crew on the space station to find the virus in the system and the saboteur, while Max partners with his secret service girlfriend, Sarah, to get the kill codes for the system directly from the president, all while attempting to track the conspiracy to its origin, which of course, goes up to the highest levels. 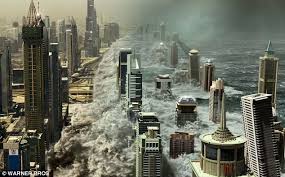 The storyline is not original, you can pretty much predict who caused the issues early on, but that’s almost not the point of this movie – the point is the spectacle.  Unfortunately, that falls a little flat as well.  The storm and weather action sequences are not bad - the massive floods, freezes, heatstorms, and tornadoes are interesting to watch, but the overwhelming CGI does take you out of the scenes pretty quickly – this is one rare occasion where I think the destruction will play better on a smaller screen.  The advantage to the original Independence Day was that you did connect to the cast – the wide variety of characters thrown together to survive and succeed.  The same type of story starts here – with multiple characters on many fronts facing the same issues.  However, the characters aren’t given quite the same level of development and time, so there is not the same opportunity to connect, which is too bad, because some of them are really interesting. 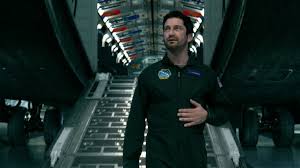 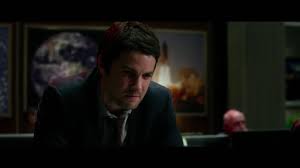 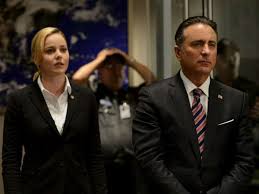 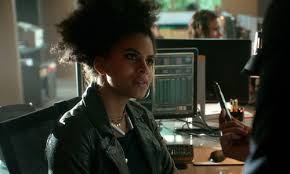 Overall, the movie is fast-paced, the action isn’t bad, and the disaster spectacle is pretty good – plus, the scenes between Ed Harris and Andy Garcia are pretty great, even if the rest of the scenes are average.  There were pieces I really enjoyed – the idea that travel back and forth to the space station is no big deal and happens very regularly, that everyone works together, that science is at the forefront of government, but the execution of the item as a whole was a little lacking.  I still love Dean Devlin, and I’m really looking forward to the new season of the Librarians – even if this is just worth a rental, but not worth seeing in the theater.

Email ThisBlogThis!Share to TwitterShare to FacebookShare to Pinterest
Labels: Geostorm: 5/10