I feel like I say the same thing regarding most January comedy releases – that they struggle with wasted potential.

Like a Boss tells the story or Mia and Mel, best friends since Mia and her family took in Mel as a child. Her mother was apparently a drug addict, so she moved in with Mia and her mother. Years later, Mia’s mother passed away and Mel helped Mia through that situation. They are best friends and bonded for life. Together, they started their own cosmetics line and opened their own store with the idea of enhancing the beauty a woman already has, rather than covering ‘imperfections’ like other companies.  Mel handles the business portion and Mia handles the creative portion. They have two employees and are struggling financially.  Okay, not just struggling, they are almost a half million dollars in debt, probably because they seem to be terrible at working, barely showing up to the office. In general, they seem like not great people - they ruin a friend's baby shower when they sneak into a room to get high.

Along comes Claire Luna, a cosmetics billionaire whose company reinforces the stereotype that women are ugly and need tons of makeup to make them beautiful. Claire offers to eliminate their debt for 49% of their company. With a deal in place to take 51% if the two are unable to work together, she then instigates several situations to drive a wedge between the friends.
The movie is directed by Miguel Arteta who also did Beatriz at Dinner and Alexander and the Terrible, Horrible, No Good, Very Bad Day.  The simple story is predictable, which is never a problem in a highly executed comedy.  Here, it is only moderately executed.  The cast is excellent, so I did have higher expectations. 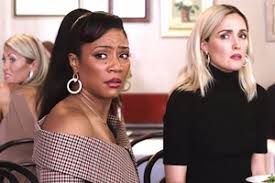 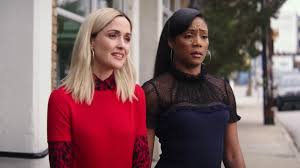 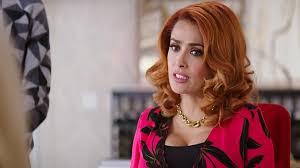 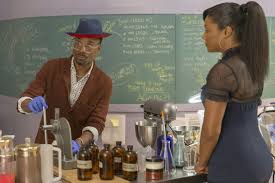 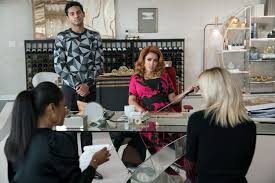 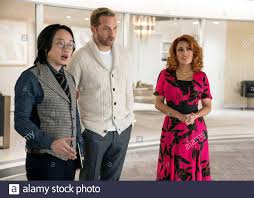 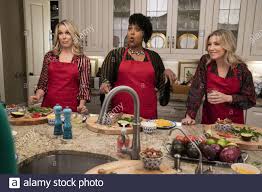 Overall, I enjoyed most of it, I loved the fact that it was structured like a rom com, but that the friendship between the two leads was the point of the story. It was nice to see that the focus was their friendship as the relationship. I also enjoyed that the point of their company was to enhance natural beauty -it’s a little thing, but it’s nice.  With this much power in the cast, it should have been non-stop hilarious. Plus, it’s rated R, so there was no reason to hold back. A little more cutting loose, a little less structured, and a little further into the zany may have done it some good. But hey, as January comedies go, it’s just fine. 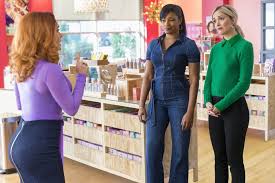 5 out of 10 – middle of the road, serviceable January comedy!
Posted by Jeanette Ward at 8:01 AM