Ernest Cline released the novel Ready Player One in 2011. The story is set in the 2040s as Wade Watts in on a search for an Easter Egg left in the Oasis by its creator, James Halliday. Whoever finds it will gain control of the Oasis, and much of Halliday’s company.  Wade is out to get it to keep the Oasis free for everyone, and Nolan Sorrento is out to find it for his company, IOI, so that they can monetize the Oasis.  The book is filled with pop culture references and connections, and due to being set almost entirely in a virtual world, seemed like it would be very difficult to transition to a movie. 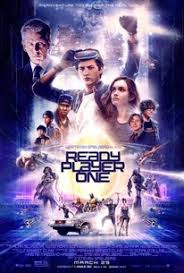 The movie Ready Player One is directed by Steven Spielberg and is similar to the book, but with some major changes. It’s still 2045, and Wade (and the rest of humanity) still spends just about all their time inside the Oasis - a virtual world that everyone uses for school, work, and recreation.  In it, you can be anyone or anything you want once you create your Avatar.  You can then collect coins and relics to add to your Avatar's abilities and skills.

It’s been five years since Halliday passed away, leaving a challenge to find the easter egg inside the Oasis for his fans to find.  Wade spends the majority of his time looking for the egg (in the book, there are details about him also going to high school – that is completely eliminated from the movie).  The first challenge is a race, and the winner will find the first of three keys that open three gates that will lead to the egg.  During some of his research into the relationship between Halliday and his former business partner, Ogden Morrow, Wade finds a clue that leads him to an underground shortcut in the race, allowing him to win and receive the first key.
From there, Wade has to meet up with his fellow ‘gunters’ (egg hunters): Art3mis, Aech, Daito and Sho.  They go from working independently to working together to ensure that Nolan Sorennto and his ‘sixers’ will not win.

The movie is directed by Steven Spielberg, who is actually mentioned several times in the book as the Halliday character is described as a huge fan of most of his movies. Spielberg changed several things, and tried to remove some of the references to himself – but honestly, it feels like he added some that were either not in the book, or just skimmed over.  I would have liked more information about the real world – the stacks, the decimation that lead to them and humans deciding to live mostly in the Oasis, but that really isn’t the point of this movie.  Other added differences seem to be there to make the story more cinematic.  For example, the three challenges to find keys in the book are mostly playing games or acting through movies.  In the movie, there is a giant car race facing off with King Kong and a trip through the Shining hotel.  It did seem more cinematic, but also a little less character-based. 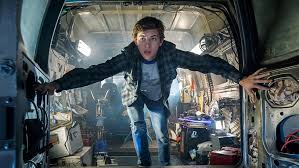 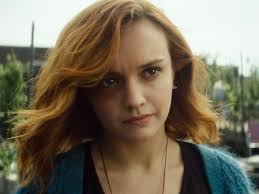 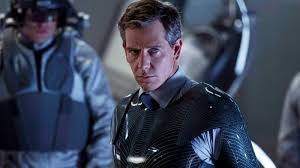 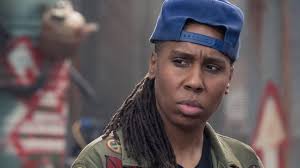 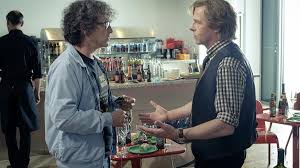 Overall, the movie is entertaining, but I did prefer the book.  A lot of people are saying that the movie makes the story more action-packed and faster moving. I think that eliminated the character background of just about everyone, but does still make for an entertaining movie.

6 out of 10 – it’s just fine, it's fun and entertaining and I think if I hadn’t read the book first, I would probably like it a little bit more.

Posted by Jeanette Ward at 1:53 PM

Email ThisBlogThis!Share to TwitterShare to FacebookShare to Pinterest
Labels: Ready Player One: 6/10