Westerns are a peculiar thing - you either enjoy them and you don't, and honestly, they work best nowadays with simple story, and clean action.  They can feel a bit dated and 'out-of-touch'.
The original version of this particular story is from Seven Samurai, Akira Kurosawa’s 1954 film about a poor village under attack by bandits who then recruits seven unemployed samurai to help them defend themselves.

In 1960, an American Western version of the story was released and renamed The Magnificent Seven.  A bandit was terrorizing a small Mexican farming village each year.  Several of the village elders end three of the farmers into the United States to search for gunmen to defend them.  They end up with seven, with each one agreeing for a different reason. They help to prepare the town to battle the army of 30 bandits that are about to arrive and plunder the village.

It starred Yul Brynner, Eli Wallach, Steve McQueen, Charles Bronson, Robert Vaughn, Brad Dexter, and James Coburn. Apparently, Akira Kurosawa was so impressed, he sent director John Sturges a ceremonial sword as a gift.  It seems to have been Brynner’s idea to remake Seven Samurai as a Western, and recommended casting McQueen – then regretted it as McQueen constantly found ways to try to upstage him by pulling focus to himself in scenes they had together.  They made up years later, but the cast at filming time was a bit contentious and competitive - or maybe just really into character. 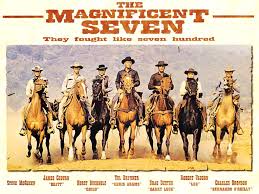 This current version directed by Antoine Fuqua that hit theaters last week is a simple, straightforward story, well-crafted and well-executed, and honestly, updated/rebooted in the right way.

We encounter the California town of Rose Creek as the inhabitants are having a meeting in the church about mining baron Bartholomew Bogue.  He’s become a western-movie-cliche-type problem, and is looking to remove everyone from the town so that he can mine the land - for gold, I think.  He busts into the church meeting, offering the people $20 each for their land, and letting them know he will return from Sacramento in 3 weeks to get their answers, and that they better be the answer he wants! Or else! He then roughs up the preacher and has his goons set the church on fire, causing generic townsperson with a good heart Matthew Cullen to stand up to him, which of course, results in Bogue shooting Cullen and others dead in front of his wife and the other townspeople.  To further convince you he's terrible, he then tells the sheriff (who is in his pocket) to let the bodies stay in the street for a few days - to make a point.  Bogue and company ride out, as Emma Cullen and her friend Teddy watch them ride away.

We then meet Sam Chisholm as he rides into a different town – I’m not going to lie, this ride-into-town bit did remind me of Cleavon Little’s ride into town in Blazing Saddles.  We don’t see his face for a solid 5 minutes or so as we spend time on his horse, saddle, hat, and other accoutrements. As he approaches the saloon, we spend some introductory time with card player Josh Faraday who is sitting in the bar.  Chisholm enters the bar, looking for information on a fella – this of course turns into a swift elimination of said fella and a few others by Chisholm who then tells everyone to go get the sheriff.  Turns out he’s a bounty hunter, and just closed out a bounty he was after.  As he is about to  ride out of town, Emma and Teddy approach him, tell him about their town, and beg him for assistance.  He seems bent on not helping, until they mention that the villain they are after is Bartholomew Bogue, a name that gets a swift affirmative reaction from Chisholm.  He recruits Faraday – and they begin adding to their numbers.

Chisholm sends Faraday and Teddy to go pick up the legendary Goodnight Robicheaux, while he heads off in search of Vasquez, another bounty that he basically conscripts. Faraday and Teddy successfully find Robicheaux, who is hanging out with skilled knifesman/assassin Billy Rocks – and when they return to meet up with Chisholm and Emma, they all encounter Jack Horne – who seems to be a half-crazed mountain man who is recently retired from “injun-hunting” or something like that.  Horne at first declines the offer to join the group – but then as they are camping for the night – he shows up, having been tracking them – to warn them they are being watched by a Comanche warrior.  The warrior introduces himself to Chisholm as Red Harvest, and after sharing a freshly killed deer liver with Chisholm (ewwww) agrees to join their squad.  That brings them up to seven, and they head back to Rose Creek. 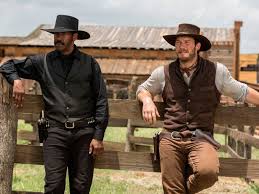 Upon arrival, they promptly pick a fight with the hired goons Bogue left in charge, leaving only one alive to send a message to Bogue.  Then, they set about training the townspeople to fight for their town in what will surely be a massive confrontation with Bogue and his crew when they return. 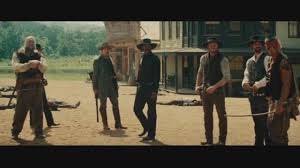 That’s really about it – a dude and his crew help fight off a villain for a town.  What really makes the movie enjoyable is the execution of this same story that you’ve seen time and time again.  Director Antoine Fuqua excels at directing action, but is careful to allow that action to enhance the story, not overwhelm the story. He’s also done The Replacement Killers, Bait, Training Day, Tears of the Sun, King Arthur, Shooter, Olympus Has Fallen, Brooklyn’s Finest, The Equalizer, and Southpaw.   I will also say that he’s super smart in using actors he’s worked with several times before, it makes the shorthand more effective, and can get some really interesting performances with actors who enjoy working together.  I genuinely felt that the seven leads of this movie had a really good time together making this movie – which incidentally, they did outside of Baton Rouge, not anywhere near the west – old or current! 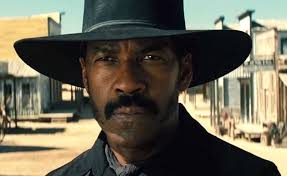 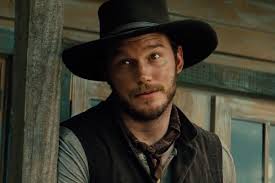 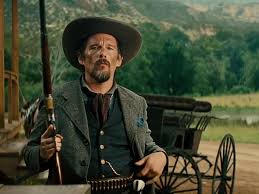 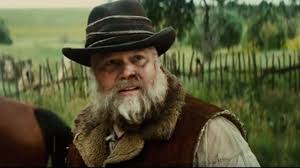 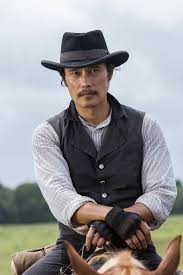 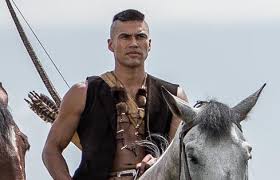 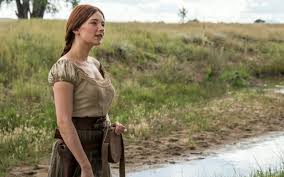 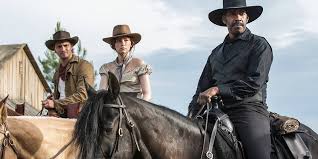 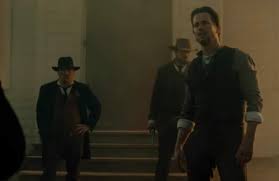 The movie is fun, elegant, and cool.  Fuqua has done a great job of updating the movie without changing the essence of it.  Spoiler-alert, not all of the seven make it – but when they go out, they do get hero’s deaths, which is always important.  And yes, the bad guy gets his.  I also have to say that I really appreciated the PG13 nature of this movie.  An R-rated movie would have had more unnecessary gratuitous violence, sex (it’s the old west, there are whorehouses all over the place - even in this PG13 version), cursing, etc.  If it was R, Bogue’s terrorizing of the town would have surely included more rape and torture.  That would have been distracting and more than a little tough to take, and yes, would have demonstrated his evil – but Sarsgaard is talented enough to have that come across without crossing that line. This didn’t need to, and I found myself really appreciating that.  Check it out – I think you’ll really enjoy it.

8 out of 10 – taking away a point for D’Onofrio’s voice, but I probably should add that back in for Pratt’s line after meeting him, “I believe that bear was wearing people clothes.”
Cast Interviews:

Bonus – I always liked Fuqua’s King Arthur – a bit of a different take on the traditional story, and the only thing in which I can tolerate Clive Owen – but just barely.