The first Ghostbusters was released in 1984, written by Dan Aykroyd and Harold Ramis and was directed by Ivan Reitman.  The film is a comedy classic, bizarrely hilarious and entertaining, and also endlessly quotable, “Listen! Do you smell that?” and, “Back off, man. I’m a scientist.”  The story was that of three scientists and one civilian fighting a rising tide of ghosts in New York City as an ancient evil was preparing to reenter our realm. They thwart the evil and save the city.  The story itself is not all that impressive, but it is one of the very best examples of the execution elevating the material.  The cast was spectacular, and allowed friends Bill Murray, Dan Aykroyd, and Harold Ramis to play off one another through the whole thing. Throw in the deadpan normal-guy-ness of Ernie Hudson and Sigourney Weaver, the off-the-wall zaniness of Annie Potts and Rick Moranis, and you’ve got a hit. It’s a movie that if I catch it while flipping channels, I will almost always stop and watch it.

It had a sequel in 1989, which was not quite as good, and then stories of the writers kicking around an idea for the third movie were floating around since.  With the passing of Ramis in 2014, it seemed to hit an impasse.  Then, the idea of a reboot started coming up – and Paul Feig, director of Bridesmaids, The Heat, and Spy, announced he was doing the reboot with four female leads, and the collective internet lost its damn mind. People claimed it was a horrible idea to remake a classic and it would ‘ruin their childhoods’, people claimed women weren’t funny, people claimed it was sexist to be in favor of it, people claimed it was sexist to not be in favor of it, people claimed all sorts of nonsense.  As with all internet nonsense, the very best response to all this crap is to simply ignore it – see the movie – and form your own opinion.  Did I think Ghostbusters needed a reboot?  No – I did not, I loved the original. However, Paul Feig is fantastic, and once he announced his cast, I was on board – because they are four of the best comedians working today.  Please note – I did not say that they were four of the best female comedians working today.  In that same way I will tell you that Shonda Rhimes is not one of the best female showrunners working today.  She is one of the best showrunners working today. Period.  There’s no need for qualifiers. 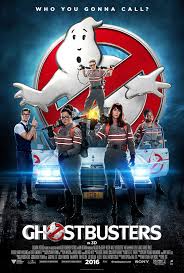 The movie itself begins with a tour at a ‘haunted’ mansion in New York. The tour guide mentions the lady of the house killed her servants and then was imprisoned in the basement until she died down there. A small device goes off, and she comes back and starts spooking everyone.  Meanwhile Erin Gilbert is working on pursuing tenure as a professor at Columbia, hoping no one finds out about a pro-ghost book she wrote some years back with co-ghost-scientist Abby Yates.  Abby has put the book up on Amazon, and desperate to get it removed, Erin goes to visit Abby, and meets her new ghost-scientist co-worker at the suspicious Higgins Institute, Jillian Holtzmann. 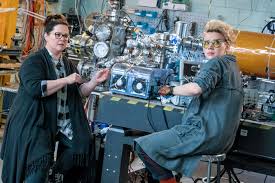 While there, they get word about the haunting at the mansion, so the three of them head out to the mansion and witness the ghost resulting in Erin getting slimed – because someone has to.  They upload the video to the internet – resulting in all of them getting fired, and taking up residence in a ‘lab’ above a Chinese food restaurant. 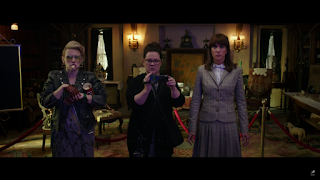 A second ghost is spotted in the subway, leading the three to meet MTA officer Patty Tolan.  They spot the same strange device from the first haunting. After encountering this ghost, Patty joins them, Holtzmann creates a bunch of devices for them to use in the busting of ghosts. Every time there’s a moment of downtime, she’s suddenly got more tech for them, but you never really see her assembling them, they just keep showing up – I really enjoyed that running gag.

The ladies gain some notoriety, resulting in the need to hire the world’s worst receptionist, Kevin. The mayor’s office wants them to keep it quiet, but they keep helping citizens, and eventually track down the why behind the hauntings. They work together to save the city while hijinks ensue. 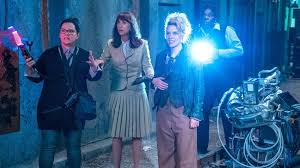 The movie is funny, it’s not nearly as hilarious as I wanted, but it is funny.  There are many, many callbacks to the original, and yes, every surviving member of the original core cast (with the exception of Rick Moranis – who retired years ago) does have a cameo, and they were all enjoyable. Honestly, I could have done with a few less callbacks.  The four ladies are hilarious, and honestly were the best in the scenes where they were just sitting around talking with one another. 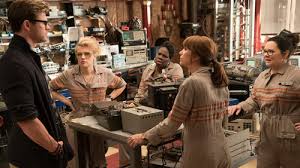 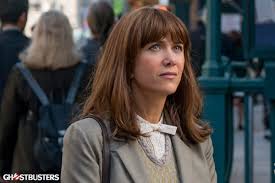 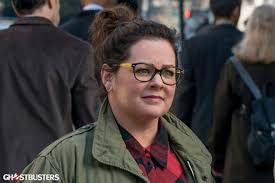 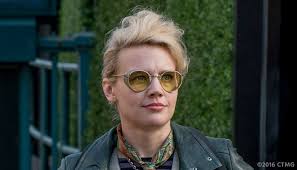 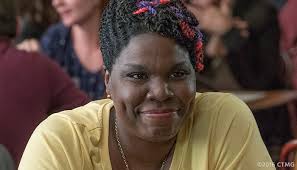 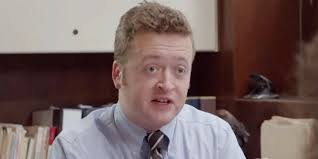 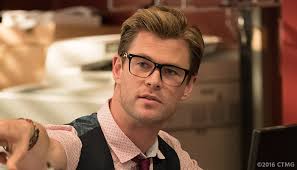 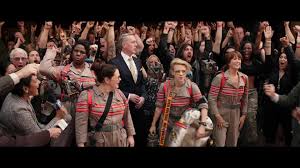 Overall, I really enjoyed it.  I did want it to be a little funnier, and actually a little more frightening.  I will say that I saw it in 3D, and some of the effects pop through the top and bottom of the letterbox black bars, causing a really interesting effect – and yes, I did jump at the first ‘sliming’, because with the 3D, that stuff was coming right at me. 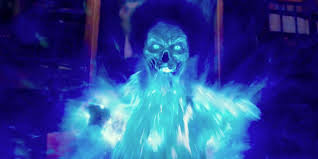 I also felt that the villain has a plan, but that plan wasn’t executed as well as it could have been. It was really interesting, but then gets a little dropped off in favor of silliness.  The original played as a horror-comedy, there were scenes that were legitimately scary.  This one, and maybe because everything is CGI (there are really no practical effects), feels more cartoony than scary, and in that way – this one felt more like a kids or tween movie whereas the original feels like an adult comedy. I would have liked this one to be a little more adult. Somewhere I’m sure there’s an R cut of this, with all the ladies’ improv left in, and I would really love to see that version.  But, yes, it is funny and no – it won’t ruin your childhood. 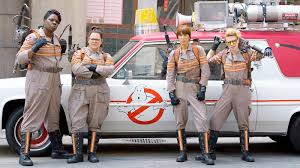 Email ThisBlogThis!Share to TwitterShare to FacebookShare to Pinterest
Labels: Ghostbusters 2016: 8/10