In case you are unfamiliar with the Lonely Island (chances are you are familiar, you just might not realize it), they are Andy Samberg, Jorma Taccone, and Akiva Schaffer, and is technically a comedy trio founded in Berkeley in 2001 (they met in junior high school). They were one of the first to post their sketches on the internet and were hired together for Saturday Night Live in 2005 all as writers, with Samberg the only one as a featured on-screen player.  They swiftly gained success and brought new life to the show with their “digital shorts”. These helped SNL gain new fans through the internet when several of the videos went ‘viral’.  There are so many good ones, but really – go ahead and do yourself a favor and fall into a YouTube hole of them.
https://www.youtube.com/watch?v=GI6CfKcMhjY

In case you missed Hot Rod in 2007, the first big-screen Lonely Island production, it told the story of Rod Kimble, amateur daredevil. Rod was preparing for a motorcycle jump over 15 buses to raise money for his stepfather Frank’s heart operation.  And yes, it was exactly as ridiculous as you think a Lonely Island movie would be.

Popstar: Never Stop Never Stopping is their new adventure, and follows the story of Conner4Real – a pop ‘singer’ whose star is on the rise.  He started with the group The Style Boyz along with his childhood friends Owen and Lawrence.  They had some success with some terrible songs. Conner then guested on another pop star’s song with a verse that was all catch phrases.  That led to him getting a spin-off deal to a solo album.  Lawrence got upset, knowing he wrote the ‘catch-phrase’ verse and was never credited – so he quit the business to become a farmer who wood-works for fun. Owen stayed on, but got ‘demoted’ to DJ.  Conner’s first album used Owen’s beats, but for his brand new album, Conner insisted on doing everything himself. 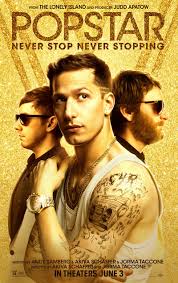 For the tour, Owen now plays everything off an iPod. The movie is shot as a fake documentary, following Conner during the build up to the release and fall-out from his second album.  In order to battle poor record sales, hijinks ensue – Conner proposes to his girlfriend, Conner and his manager hire an opening act who begins to overshadow him, Conner tries magic acts on stage, and Conner signs a deal with an appliance company to have his new album play automatically anytime the items are used. You can imagine how well that goes. It all builds up to a performance at a huge pop-awards show, where Conner can realize that his ego has gotten out of control and reunite with the Style Boyz just in time to bring down the house.

The movie was co-directed by Schaffer and Taccone, and similarly to Hot Rod, is completely ridiculous.  Conner is horrible and confused for most of the movie, and the best part is all the celebrity cameos. Also – if you remember the ‘cool beans’ sequence from Hot Rod, which is strange and seems to not fit in with the rest of the movie – yes, there is something like that in this one, and it involves bees.  The core cast is the guys, and the supporting cast is made up of their friends, resulting in a group of people who genuinely enjoy working together, which leads to including the audience in the fun. 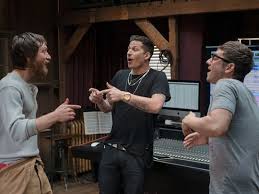 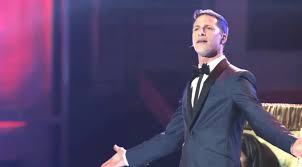 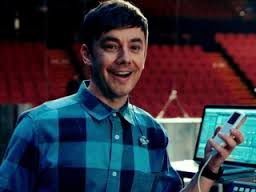 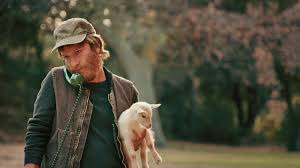 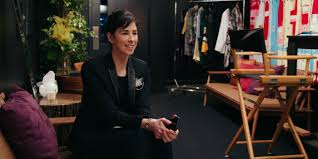 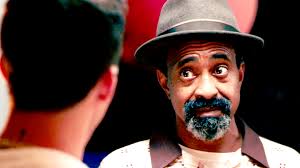 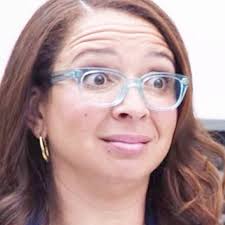 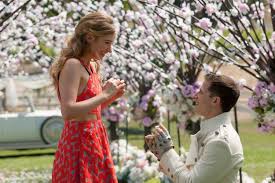 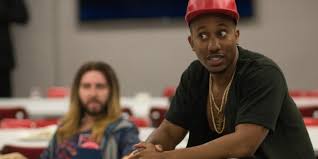 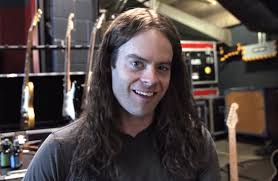 Overall, if you liked Hot Rod, and you got a kick out of all the digital shorts, you will enjoy this movie.  It’s a short movie and it is a hard R due to the language and the pointless tit shot – but don’t worry, there’s also a pointless dick shot – and the rumor is that it is producer Judd Apatow’s dick. It’s not overly hilarious, but I giggled pretty consistently through the whole thing.  Plus – Justin Timberlake as Conner’s personal chef who has to prepare raw carrots seven ways was almost worth the price of admission alone. 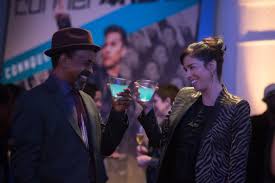 6 out of 10  - Lost points for Lawrence’s terrible woodworking skills and his weed farm – gained points for the cameo by Seal, and for Seal being randomly hilarious – someone put that dude in a buddy cop movie.

Posted by Jeanette Ward at 1:58 PM

Email ThisBlogThis!Share to TwitterShare to FacebookShare to Pinterest
Labels: Popstar: 6/10