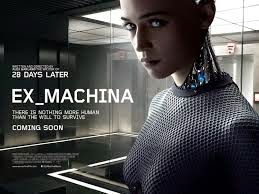 You’ve definitely heard the latin phrase deus ex machina before.  It’s been the title of an anime movie, an effects company, and a comic.  It translates to “god from the machine”.  The phrase itself has come to mean a plot device used to suddenly resolve an unsolvable problem with a contrived and unexpected intervention of something (we’re trapped underground, and we just found a shovel!).   It originated in ancient Greece, when a machine – a crane or a riser – brought actors into a scene and was often used to resolve conflict. 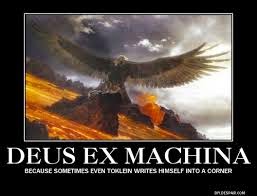 In this case, deus ex machina can be taken literally.  Caleb is a programmer working at a Google-like company called BlueBook.  He wins an employee competition to spend a week with his boss, Nathan - the owner/creator of the company, in his reclusive mountain home.  When Caleb arrives to spend the week with Nathan – he finds him to be personable, and a bit eccentric.  I found him to be exceptionally creepy – but Caleb didn’t seem to notice that.  He is also immediately asked to sign a non-disclosure agreement.

Nathan gives Caleb a passcard and lets him know that it opens some doors, but not others, and those are the ones Caleb is not allowed to enter.  The house is pretty great, except for some not-so-random power surges here and there.  He learns that Nathan lives alone, with only his butler/maid/cook/lover Kyoko as company.  Nathan seems to spend all his time researching, drinking, work, and dancing with Kyoko.  Seriously, there’s a part where Kyoko and Nathan have a choreographed dance number…and if you didn’t think there was something off about Kyoko before that, you sure do after it. 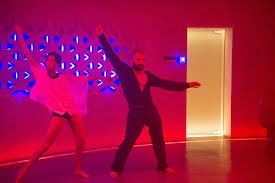 Caleb also quickly learns that the competition he won was mostly a farce, and that he was in fact chosen to come up to the research facility to participate in a Turing Test (if you saw the Imitation Game earlier this year, here’s where that pays off).  Basically – Nathan has created an AI (an Artificial Intelligence) and he wants Caleb to run the Turing Test on it, to determine whether it comes off as computer, or human.  Nathan introduces Caleb to Ava, a robot, and Caleb spends 6 days speaking with her, to determine how accurate the AI is.  He also hikes with Nathan up a glacier (this seems to be an excuse to use the shooting location to the best of its potential, because it’s stunning, but unnecessary).  During that time, Caleb begins to question several things – yes, Ava is amazing, but is she flirting with him, or using him?  And for that matter, what exactly is Nathan up to?
Ex Machina is written and directed by Alex Garland – who wrote 28 Days Later (which is exceptional, and has the same tone), Dredd (which is also exceptional and well done) and Sunshine (which is terrifying and weird).  This is his directorial debut, and he knocked it out of the park.  The movie is very quiet and small – basically the whole thing takes place in this amazing, isolated house in the mountains.  It really only has the three people in it, and for a sci-fi movie, it really relies just on the performances of the actors – which were fantastic. 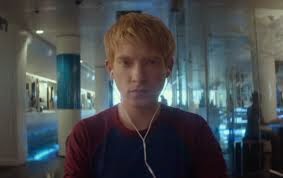 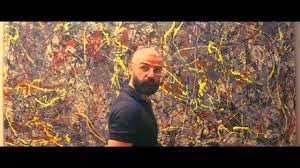 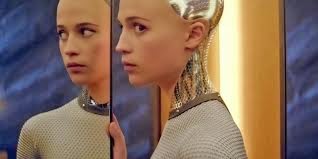 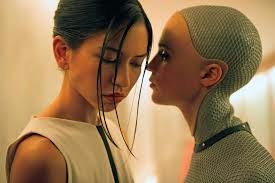 I always wonder about characters in movies who create AI or self-aware robots.  Haven’t they ever seen any other movie where someone does that?  It always goes wrong, always!  You should definitely go see this – it’s so creepy and unsettling, but so well done.  Each of the three lead actors are amazing, and it’s such a quiet, tight little movie.  At just over an hour and a half, it won’t take you any time, so go check it out! 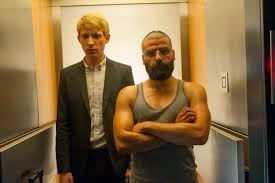 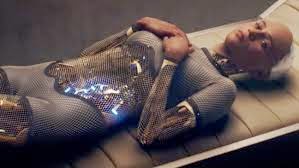 Bonus Video 1 – The Terminator - I favor the first one, because it is incredible, but in T2, Joe Morton plays the guy who would create Skynet.   We create machines, they determine the best way to serve us is to eliminate us – and send a killer back in time to take out the mother of the resistance leader before he is born.

Bonus Video 2 – the Matrix – again, we create machines, they determine the best way to serve us is to eliminate us - and the resulting war leads to Neo being ‘chosen’ as a savior of the human race.

Go see Avengers 2 this weekend – Ultron has the same motive.  He’s created to save/protect us, but determines the best way to do that is to eliminate us.  Hey everybody – don’t create self-aware computers, okay?