Here’s another old review I found, for a movie I really liked that is now instant streaming in most places – check it out if you haven’t seen it!

Here's something you may not know...January and the early part of February is (for the most part) used by movie production companies as a dumping ground.  People are recovering from the holidays, don't have much money, and don't go to the movies as much.  Also - it's awards season, so the companies have either re-released or are still pushing everything that has been nominated, most of those movies were just released in late December, and now have awards-season buzz, so have a little more 'legs'.  So anytime something is a new release in January - you shouldn't have high hopes.   Season of the Witch, The Mechanic, and the Green Hornet were all in early last year, and Legion was the year before.

Now, if you enjoy cheesy bad movies (like I do - I'm watching Snow Beast on SyFy as I type, and it is delightfully terrible) this is all good news for you, and remember, just because the production company has no faith in it, does not mean it won't be popular with the general audience.  I just can't think of any examples right now.  So, last weekend was Contraband, this weekend saw the release of Haywire, Red Tails, and Underworld: Awakening, and next weekend is Man On A Ledge. 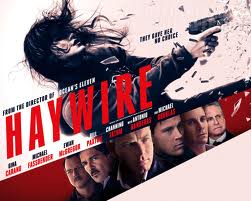 It is surprising to find Haywire in January - on paper, it should be excellent.  It is directed by Steven Soderbergh (Contagion, The Informant, Oceans 11,12,13, Traffic, Out of Sight, Solaris, The Good German) and has a really impressive supporting cast:  Michael Douglas, Antonio Banderas, Ewan McGregor, Michael Fassbender, Bill Paxton, and Channing Tatum.  Apparently Soderbergh saw MMA star Gina Carano fighting and decided to craft a movie around her.  Previous to this movie - her only on-camera work was the televised fights she had, and a stint as "Crush" on the re-vamp of American Gladiators.  So her acting experience is basically nothing.  In this movie she plays an ex-marine who is currently working for a privately contracted security group.

As far as the plot - she gets betrayed by her employer and looks for revenge.  Simple and sweet.  In fact, Jimmy Fallon described it as a Charles Bronson style movie.  Carano excels at the action sequences - any extended dialogue, and her lack of acting experience shows.  The movie is very slick and very deliberate, to the point of being slow in the beginning. The music is strange, and seems to distract from the movie early on, but then starts to fit in an odd way.  The coloring is very deliberate as well, reminding me of Traffic - how each color represents a different area.  The fight sequences are all very well done - and feel very real - no big flashy martial arts, just concise MMA takedown actions.

All the cast surrounding Carano are very good - as to be expected. 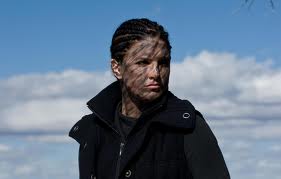 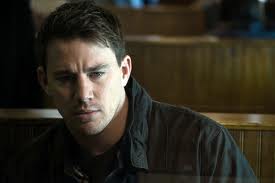 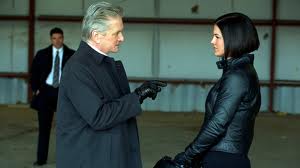 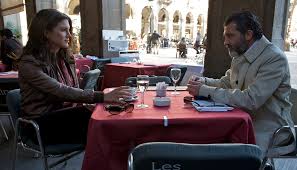 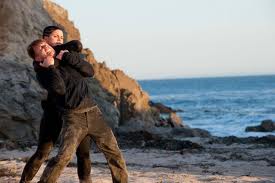 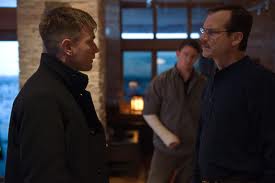 I really enjoyed how stylized and slick-looking the movie was - but I feel like that will be polarizing - some will like it, some won't.  It also moves much slower than the commercials made it looks like it does, so that will play on audiences too.  All in all, I really liked it - so much more than I was expecting, and I liked Carano more than I was expecting as well...Maybe she will be the next Cynthia Rothrock!  And - I can get behind her as Wonder Woman...if she takes a few more acting classes!

8 out of 10 - really really liked it.  Taking away a point for the deer - and that kid in the car.  Added a point for Fassbender (insert penis joke here - unless you haven't seen Shame yet).  Took another point away for an unnecessary broach flashback.  We remember when he handed it to her - it was like two scenes ago!!

Bonus Video 1: Honor and Glory is my favorite Cynthia Rothrock movie, unfortunately, I cannot find that trailer for you to be amazed by it's magnificence (sarcasm).  But here's the trailer to China O'Brien.  You get the idea.

Bonus Video 2: ...and here's some fights from Honor and Glory, so you really get the idea.

Posted by Jeanette Ward at 7:38 AM

Email ThisBlogThis!Share to TwitterShare to FacebookShare to Pinterest
Labels: Haywire: 8/10