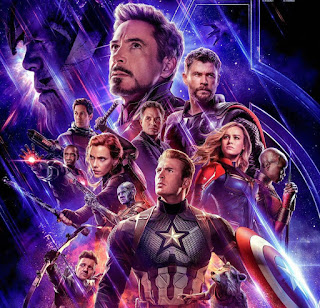 It has happened – we reached the twenty-second movie in the Marvel Cinematic Universe!  At this point in the MCU, we are still reeling from the end of last year’s Infinity War where Thanos (the Mad Titan) collected all six of the infinity stones (space, power, time, soul, mind, and reality), inserted them into his Infinity Gauntlet, and snapped his fingers to eliminate half the living beings in the universe.  It’s his way of solving overpopulation and a lack of resources.  I guess he didn’t think about just snapping more resources into existence while he was working on this plan for his entire life.  That movie ended with the shocking disintegration of most of our heroes, and this movie picks up with the remaining heroes stunned and confused.

Slight spoilers from here down – it’s tough to say anything else about this movie without discussing at least a little bit of plot!

The post credits scene from Captain Marvel was Danvers showing up on earth as War Machine, Banner (not Hulk), Black Widow, and Captain America had found and were using Fury’s Marvel pager.  She demands to know where Fury is, and we can assume they ask her to go get Tony.  This movie begins with a quick flashback to Hawkeye on his farm as his entire family gets dusted (Thanos’s ‘half’ can unfairly affect some folks disproportionately).  We jump to Tony and Nebula in the remains of the Milano in space, killing time while their air runs out.  Danvers rescues them, and brings them back to earth, after 21 days up there.  Tony is frustrated, guilty, and takes it all out on Cap as anger.  Rocket has noticed a power surge on a distant planet similar to the one that caused the dusting, so they head out after Thanos to get the stones and undo the snap.  The issues is that when they get to him, he has just used the stones to destroy the stones, and there is nothing left: no plan, no options, and no hope.  This is literally only the first ten to fifteen minutes of a three hour movie. 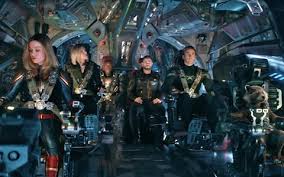 Major spoilers from here down –

From that point on, there’s a five year time jump, and the characters are attempting to move on.  Ant-Man gets pulled from the quantum realm, and from there, they plan a time heist.  I won’t say anything else - just that you really do need to see this.  Similarly to Infinity War, this movie rewards fans. If you have seen and loved the others in the MCU, you will love this.  If you go into this cold, there are parts you will enjoy, but you will mostly be confused and overwhelmed.  Each character gets some love, but the stars here are the original six Avengers. It’s a beautiful sign-off for them as they shift into semi-retirement, and let new heroes set up for the future. 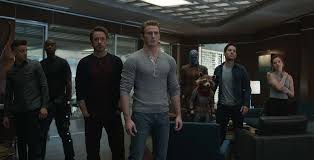 Directed once again by the Russo Brothers (Joe and Anthony) and written by Christopher Markus and Stephen McFeely, the movie is exceptional. It manages to honor all the movies that came before it – especially the Avengers team-ups.  Yes, it has a definite ending, and it is perfect and satisfying – in my opinion.  Yes, I cried multiple times, but I needed a handful of tissues, not the entire box.  Mostly I was cheering with absolute joy.  The cast seems to love and appreciate this opportunity, doing their best for the fans. Every Avenger is there (apparently there’s a Howard the Duck appearance, but I missed it), but again, the six originals really get to shine. 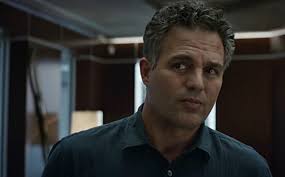 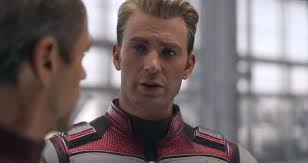 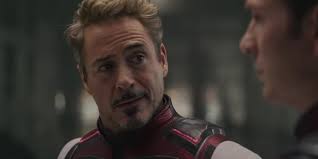 Everyone does an amazing job, and the giant action battle set piece at the end is everything you want it to be.  Yes, it’s moving and sad in parts, but it is also really hilarious and fun in parts.  There are plenty of moments that elicited loud cheering from my audience – definitely see it in a full theater if possible.  For a three hour movie, I didn’t feel the length, and I can’t really think of anything I would have removed.

12 out of 10 – yes, I know that’s not how math works. I don’t care. I really loved it.
There’s a moment where all the female heroes lined up to help Captain Marvel, and I ugly cried in the theater.  I never thought I would ever see an entire movie screen filled with female superheroes.  It’s a bit of an acknowledgement that they dropped the ball slightly on that front in the beginning, that they are taking steps to rectify it, and a promise that the future will be fantastic.

What a close to the first few phases of the MCU - I can’t wait for what’s next.

Posted by Jeanette Ward at 9:48 AM