Hard to believe, but we are on the eighth film in this franchise!  It’s far and away Universal’s biggest franchise, and amongst all other ‘summer tentpole’ movies – features the most diverse cast, and the most global appeal. 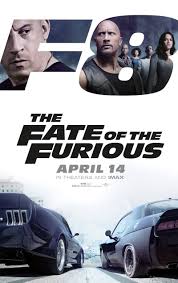 In 2001, we were introduced to undercover cop Brian O’Conner who tried to break into a street-racing crew led by Dominic Toretto.  Brian fell in love with Dom’s sister Mia, and over the course of the next seven movies, the crew developed into a tight-knit family, and we learned that there is nothing more important than family, because it’s mentioned over and over again.

This movie picks up where the previous movie left off – Brian and Mia have retired from ‘the life’ to raise their children in peace.  Dom and Letty are on their honeymoon (even though they got married back at the beginning of movie 4 – in the meantime they had a whole movie of her amnesia and recovery to deal with) in Cuba.  While there, Dom’s cousin (how have we never met this kid before if he is family!?!) accidentally gets Dom involved in a street-race with a local hoodlum.  Dom wins, but lets the guy keep his car, because – respect, and it will come into play later.

Meanwhile, DSS agent Luke Hobbs is coaching his daughter’s soccer team when he’s approached by a government agent to take on another job that has to be ‘off the books’.  He recruits the crew to come help remove an EMP from a Russian base.  They successfully grab the EMP, but what they don’t realize is a mysterious woman approached Dom in Havana, and shown him something that forced him to work with her, and he promptly steals the EMP from the crew and delivers it to ‘Cipher’, who we learn is the world’s greatest cyber-terrorist. 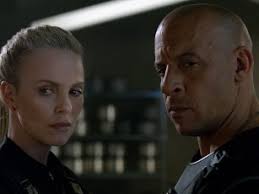 Well, that doesn’t sit well with the family, but they don’t really believe that Dom turned against them, and they scramble to figure out Cipher and Dom’s next move under the guidance of Mr. Nobody, who has a new recruit, referred to only as Little Nobody.  Dom and Cipher break into their base and steal the ‘God’s Eye’, the item they spent all of the last movie chasing.   The gang then tracks Dom to New York, where he is going to steal a nuclear football (suitcase of codes) from a Russian ambassador with the assistance of Cipher hacking all the computers of local cars, causing hundreds of ‘zombie cars’ to chase the ambassador’s limo around town.  The crew almost catches up to Dom, but he manages to get away from them. 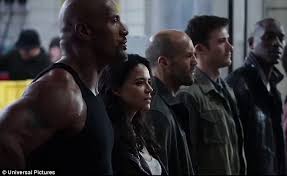 Finally, Cipher and her evil crew plus Dom head to Russia to steal a submarine that has nuclear weapons on board, and our family is forced to use their cars (because they have to use their cars) to attempt to stop Cipher from stealing a submarine while Dom finally figures out a way to get out from under Cipher’s control to get back with his family and put an end to her plot.

If that sounds over the top – you’re absolutely right. It has to be, each of these movies has been bringing bigger and bigger stunts into play, and this one is no exception.  The street-race in Havana at the beginning is a great action sequence.  The escape in the very beginning when Dom first turns against them is fantastic.  The scene in New York with the zombie cars is really cool – and something I had not seen before.  But really – the climax chase with the submarine is absolutely fantastic.  Yes, over-the-top, but that is just perfection where this movie series is concerned.
This one is directed by F. Gary Gray, who knows how to direct car-heist movies thanks to his experience on the Italian Job.  The action is great, and honestly, I felt that some of the performances were better than I expected this time around. 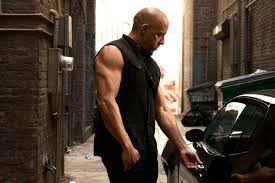 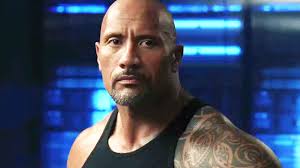 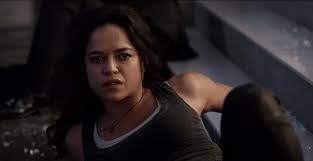 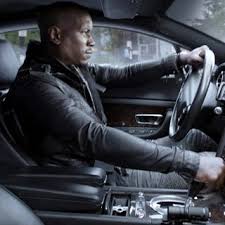 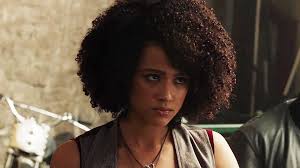 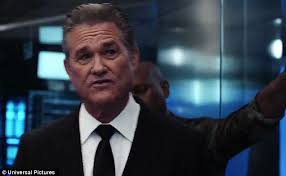 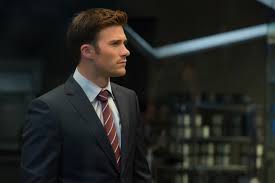 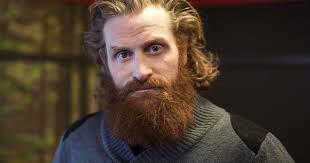 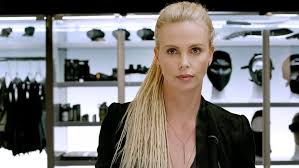 Overall, it was absolutely fantastic. There is the hole missing that was the late Paul Walker, but there are lots of little tributes to him throughout the movie.  Early on, someone says, “Brian would know what to do” which I interpreted as both the characters and the actors being a little bit lost without him.  There are little bits here and there that were questionable:  Would they really work with Deckard after he killed Han? Would they really forgive Dom that quickly? Why not simply get out of the cars in New York and punch somebody? Would the cars really outrun that sub? Can the Rock really manhandle Scott Eastwood that easily? Yes.  And honestly, I could do without another scene of two hackers staring at screens attempting to out-hack each other while saying things like “oh, she’s good”, “this is impossible”, and “I’m in!”  That has happened in far too many movies and shows lately.  Let’s get away from it now.  But, really – none of that matters.  This is a big, giant, popcorn movie.  Sit back, turn off the brain, and enjoy yourself.

9 out of 10- bonus points for Helen Mirren.  Spoiler alert – there’s some Helen Mirren in this…but not nearly enough! And yes, I’m taking off a point for the booty scene.  There’s always a scene in these movies of some chick starting a street race in booty shorts. I’m over that.

Extra Special Bonus - the LAMBcast podcast discussion of the entire franchise, which I was lucky enough to guest on.  https://www.podomatic.com/podcasts/lambcast/episodes/2017-04-27T15_32_16-07_00
Posted by Jeanette Ward at 2:32 PM

Email ThisBlogThis!Share to TwitterShare to FacebookShare to Pinterest
Labels: Fate of the Furious: 9/10